Carmelo Anthony to Boston "starting to gain some traction"; Tatum seems on board with the signing 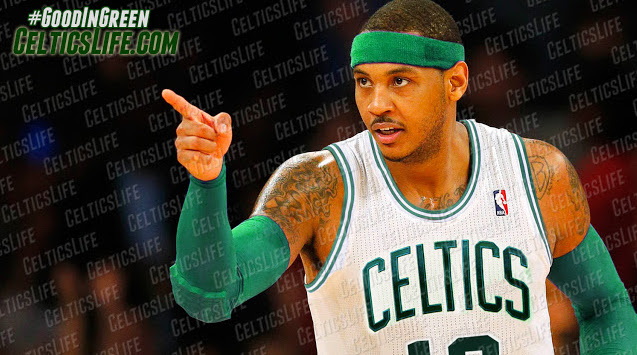 According to Gary Washburn's latest piece in the Boston Globe, the Celtics could be capping off their offseason by adding former All-Star Carmelo Anthony to replace Danilo Gallinari. Gallo of course is out for up to the entire season and playoffs due to a torn ACL.

"This is starting to gain some traction because Anthony may be the best shooting forward left on the market, and he has shown to be productive offensively despite his age."

And based on Jayson Tatum's latest Twitter "Like," the Celtics' franchise forward seems to be very on board with the signing. 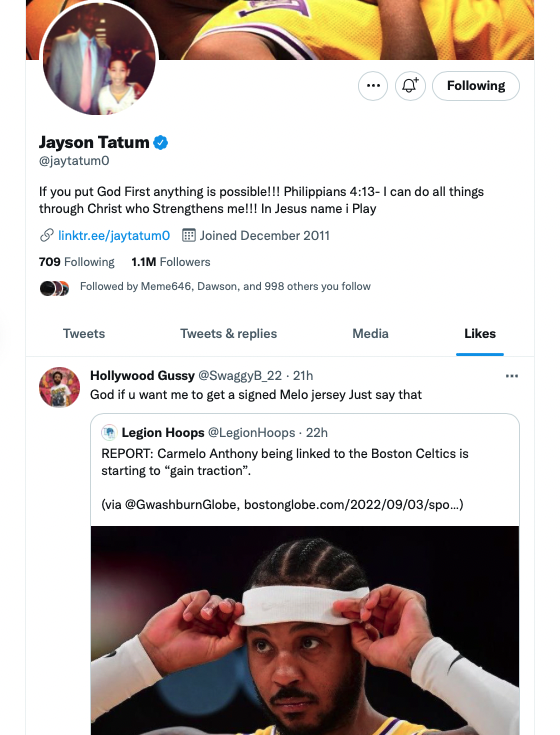 'Melo in this late stage of his carerr has turned himself into a very strong 3-point shooter. His percentages from beyond the arc are more or less identical to Gallinari's the past few years.

'Melo wasn't going to sign to play a couple mnths & then ride the pine, but w/ Gallo likely out for the yr he's the ideal replacement

Who would you prefer to take Danilo Gallinari's place in the Celtics rotation?