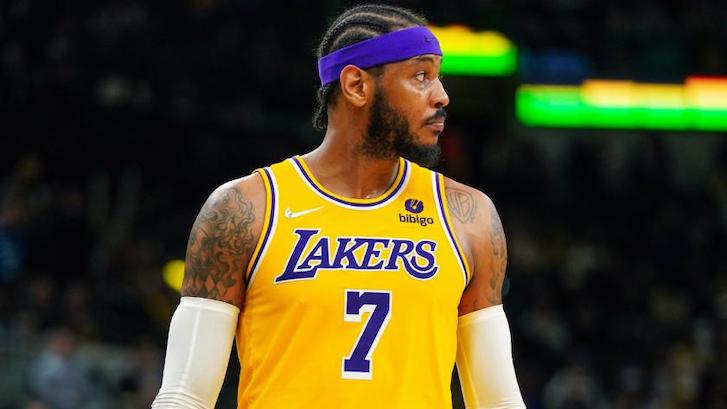 Los Angeles Lakers star Carmelo Anthony, who is available as a free agent, is said to be interested in the Boston Celtics according to multiple sources. The experienced campaigner wants a move to a team that can challenge for the NBA title, and coach Ime Udoka helped his side to the NBA Finals last time around, losing to the Golden State Warriors in six games.

Udoka lost the services of Danilo Gallinari for the coming season after the Italian suffered a torn ACL, and Anthony may be an ideal option to bring in as the Celtics look to build on the successes of 2021/22.

If you are interested in backing the Celtic for success in 2022/23, and want to find a sportsbook worthy of your attention, then check out this Fanduel NY review for some very interesting insights.

Anthony, a 10-time NBA All-Star pick, was something of a bit-part player at the Lakers last season as they suffered a horrific season that didn’t even lead to a place in the play-in tournament.

Carmelo Anthony has been around the block since being drafted as the third overall pick in 2003 and is still chasing his first Championship ring, and the next move may prove his last chance to secure a title that his abilities more than deserve.

Next season will be Anthony’s 20th in the NBA, having started his career with eight seasons with the Denver Nuggets before he moved to the New York Knicks, where he remained for seven years before moves to the Oklahoma City Thunder, Houston Rockets, the Portland Trail Blazers and then to the Lakers for just a single season.

He’s made it to the play-offs in 13 of his previous 19 seasons and is still more than capable of assisting the Celtics in their pursuit of glory. Last season he averaged 13.3 points per game while playing on average 26 minutes per game and could prove a more key performer under Udoka.

The Celtics did well to keep hold of the big players in their roster and Jayson Tatum, Jaylen Brown, Marcus Smart, and co. will be keen to secure a title, having got so close last time around.

There is also speculation that Anthony may be interested in a return to the Knicks and even talk of a move to the Brooklyn Nets; in other words, he’s a player that has a great deal to offer and is very much available.

Talk of a return to New York is said to be related to the fact that his 15-year-old son Kiyan lives there, and NBA insider Sean Deveney believes a move back out east could come to fruition;

“There has been some talk about them signing Carmelo Anthony, maybe as a nod to Kevin Durant,” Deveney commented.

Some have suggested that he may even elect to remain at the Lakers, especially if they nab Kyrie Irving, who is said to be a target for the Crypto.com Arena team.