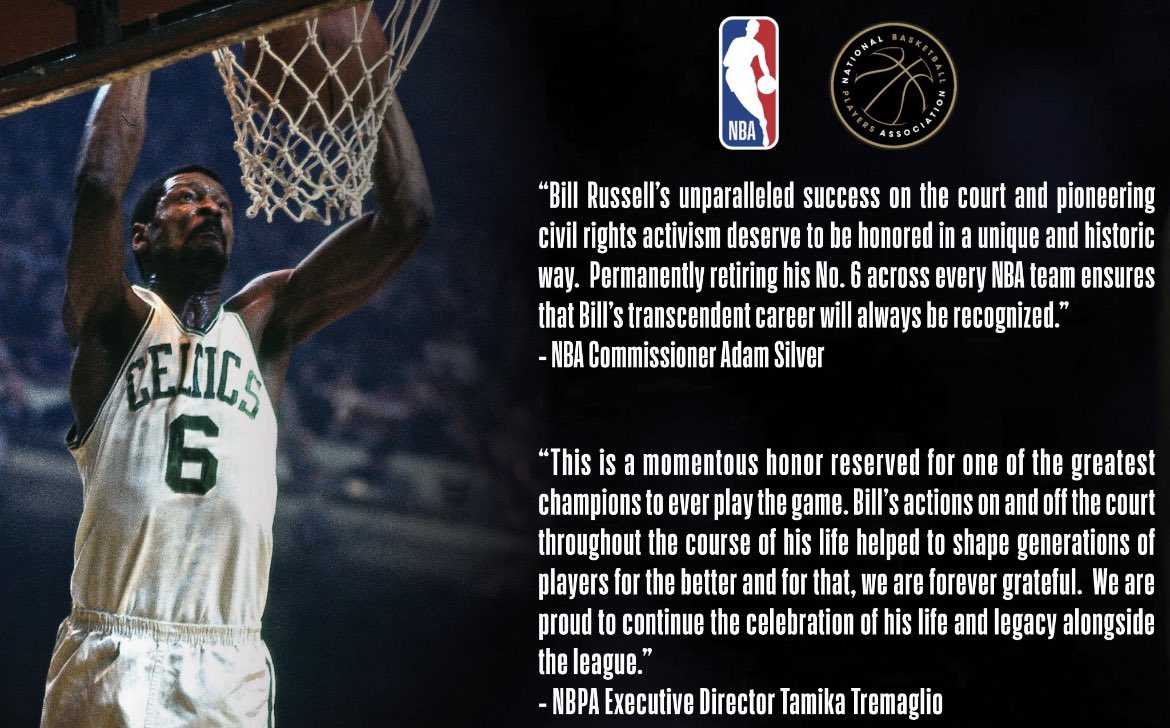 Congrats to the greatest winner and arguably greatest NBA player of all time Bill Russell. Today the NBA announced that Bill Russell will be honored like no other player in the league's history by retiring the #6 league wide.

The life and legacy of 11-time NBA champion and civil rights pioneer Bill Russell will be honored by retiring his uniform number, 6, throughout the league. The iconic Naismith Memorial Basketball Hall of Famer will be the first player to have his number retired across the NBA. pic.twitter.com/OSVx02bQDl

Russell who passed away this summer joins Jackie Robinson from Major League Baseball as players to have their numbers retired league wide. Both greats received the honor not only for their athletic accomplishments, but their groundbreaking accolades as men and civil rights leaders.