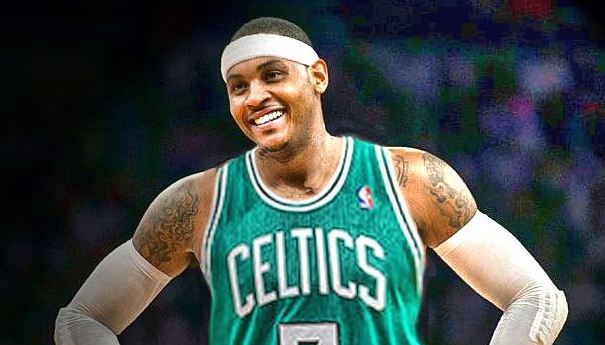 Carmelo Anthony has been considered a potential signee by the Boston Celtics in recent days following Danilo Gallinari's suffered torn meniscus in his left knee on Saturday, I'm told.

Knicks are still believed to have interest in the former Laker, Thunder, Blazer, Rocket. pic.twitter.com/nGePtMj7YI

Please note this isn't Woj, Shams, Spears, or Stein reporting this, but instead Brandon "Scoop B" Robinson, so take that into consideration when evaluating the rumor. I can list a lot of reasons why Carmelo Anthony doesn't make sense for the Celtics, but two of the main ones would be he's a poor defender and he's a ball stopper. Both are horrible matches for Ime Udoka's system. At least Danilo Gallinari is a lock down shooter to offset his defensive shortcomings.

And Udoka (and Stevens) finally got the Jay's to buy into passing the ball and ball movement. Would be very surprising to see them throw 'Melo into the mix. But who knows? Maybe they just want a vet 4 to score some points off the bench. Not buying this rumor. What about you?