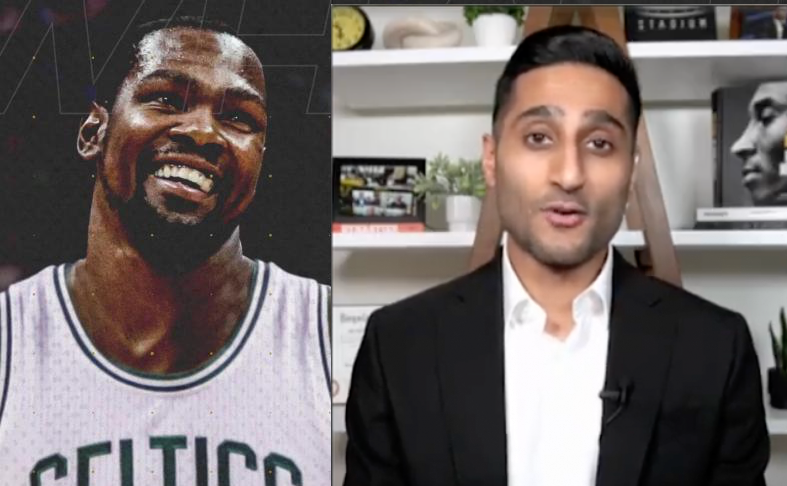 Here is the latest from Shams Charania on the story he broke this morning that the Boston Celtics offered Jaylen Brown, Derrick White, and a first round pick to the Brooklyn Nets for disgruntled superstar Kevin Durant. According to Shams, the Nets declined the offer and countered with the Celtics also including Marcus Smart in the Jaylen Brown package, as well as additional first round compensation.

"Over the last couple of weeks I've heard the Celtics have emerged as a real threat. They have the pieces, potentially, to put together a deal"@ShamsCharania shares the latest on Kevin Durant pic.twitter.com/RCWvAuemng

Shams says the Celtics have "emerged as a real threat" to land Durant with the Suns more or less out now as well as the Heat being unwilling to meet the Nets asking price. Charania closes by saying there is a framework of a deal to be had, but Boston would have to give in and trade more since the Nets are not going to come off their asking price. So it's a wait and see game now.

According to Shams he says we has not heard of any rumor that Jaylen Brown wants out of Boston.

"I haven't heard anything about any type of displeasure that he's had with the organization."@ShamsCharania shares insight on Jaylen Brown's feelings towards the Celtics pic.twitter.com/qoy9P3enVW