Los Angeles Lakers star LeBron James on why he hates Boston Celtics fans: "Cause they racist as fuck." pic.twitter.com/LtXiEbARIP

Well here we go again. A year after Kyrie Irving made national headlines for calling Boston fans racist, LeBron James has attacked Celtics fans as well. His comments above are from his most recent episode of his HBO show "The Shop."

The "FCK LBJ" shirt he is referring too was actually created by one of our longtime vendors, but we chose not to sell it in our online store, because personally I think shirts with profanity are lazy and beneath who we should be. The shirt definitely wasn't sold by the Celtics. It was sold outside the TD Garden.

A fan throwing a drink on LeBron James ten years ago makes that fan a jerk, but unless there is more to that incident it doesn't automatically equate as racist. Also it's unfair to paint a whole city as racist due to the words or actions of a few idiots.

Now I'm not saying it's impossible that LeBron James heard some racist heckling. But I can rather confidently say that fans who witnessed such racist heckling would be more likely to tell the culprit to shut up and to get security than to join in.

The idea that the TD Garden is full of fans chanting racist things is off. We really need multiple specific instances from LeBron James at this point. 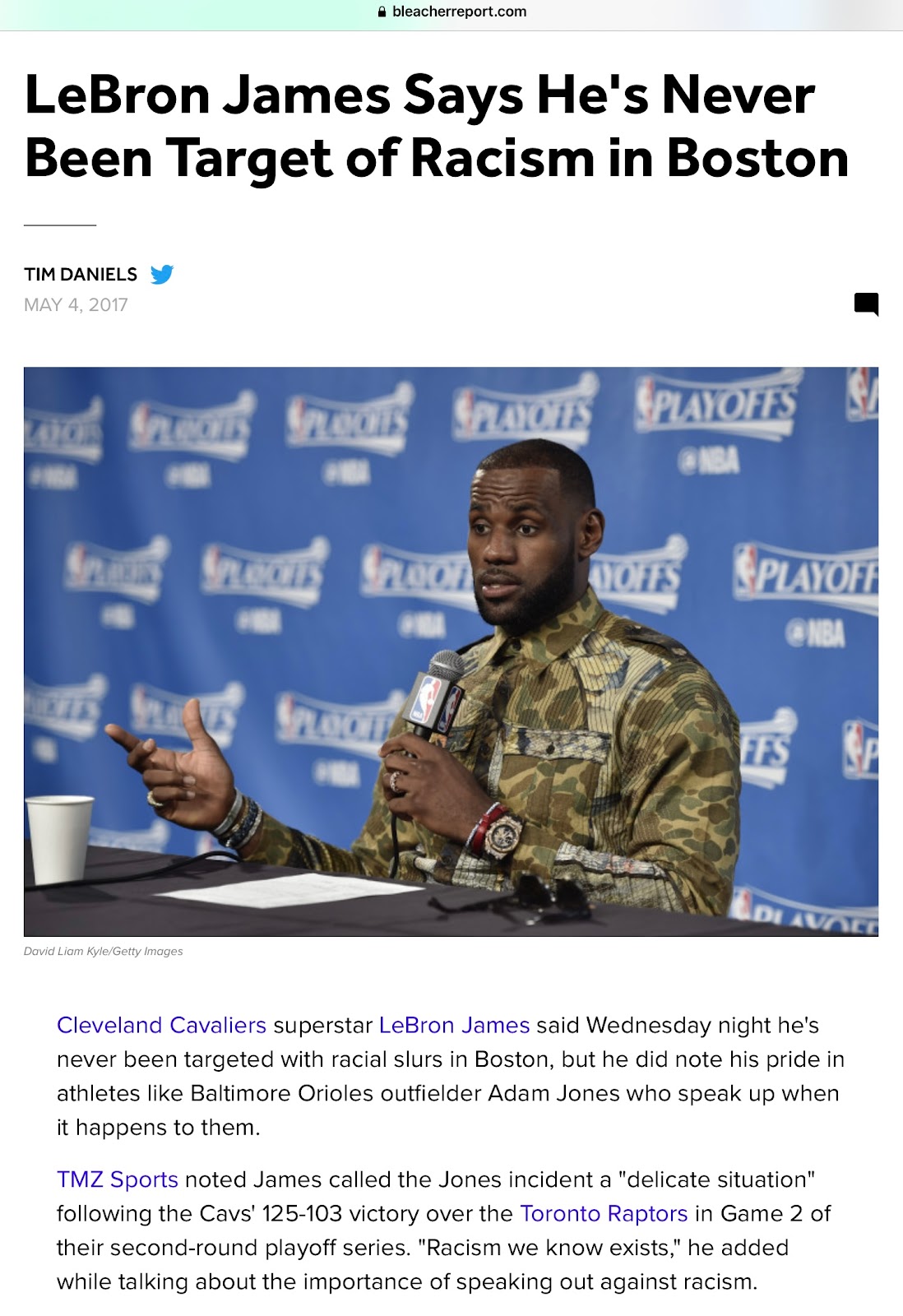 Boston fans unsurprisingly are not happy about LeBron's comments.

This can’t get enough pub! @WEEI @985TheSportsHub …u owe your fans an answer @John_W_Henry a response..don’t hide! @celtics fans aren’t racist by saying F lebron…we hate the opponent, that simple this is disgraceful &disgusting. I’ll pass on the Sox as long as he’s associated https://t.co/KzqkORa5mr

Then why are you invested in Fenway group, does he realize where Fenway is?. But it’s alright to support the Chinese with their human rights policies, JACK ASS

Imagine being a billionaire, 1 of the greatest basketball players who ever lived, and crying about someone spilling a beer on you a decade ago and for wearing a shirt that says fuck you @KingJames is soft man glad he never and will never play for the Celtics he'd never make it pic.twitter.com/aSLZ0JBlfS

@KingJames out here labeling Celtics fans a racist when not all fans are like that. Ever think they don’t care what race you are maybe they hate you for all the crying you do on the court. Complaining like a 5 year old. Get over yourself 🤣😂