Video: Forsberg on the dynamics of a Jaylen Brown for Kevin Durant trade

Chris Forsberg states that Kevin Durant is in a different stratosphere to where Jaylen Brown is. I think everyone outside of Celtics fans would agree that Durant is currently a couple levels higher than Jaylen, but "stratosphere" seems a bit hyperbolic.

Besides the huge age (and salary gap), Forsberg rightfully brings up that the Nets would demand more than just Jaylen. They'd want Robert Williams and picks as well. If you look what they got for Harden, you can only imagine what they'd want for Durant.

The point is, it's cute for Celtics fans to tell Kevin Durant on social media that he should come to Boston, but he's not a free agent. If you're a Celtics fan that wants Durant in Boston you're saying you're fine with Jaylen Brown, Robert Williams, and more leaving team.

I MUCH prefer the idea of adding to the team's mid 20's core and going after a Dejounte Murray or a John Collins if you want to shake things up. I've seen all the Celtics best players traded over the past 25 years, so it's not like I'm saying Jaylen Brown is untouchable. If for some reason the Mavs wanted to move Luka Doncic for Brown, I'd drive Jaylen to the airport. 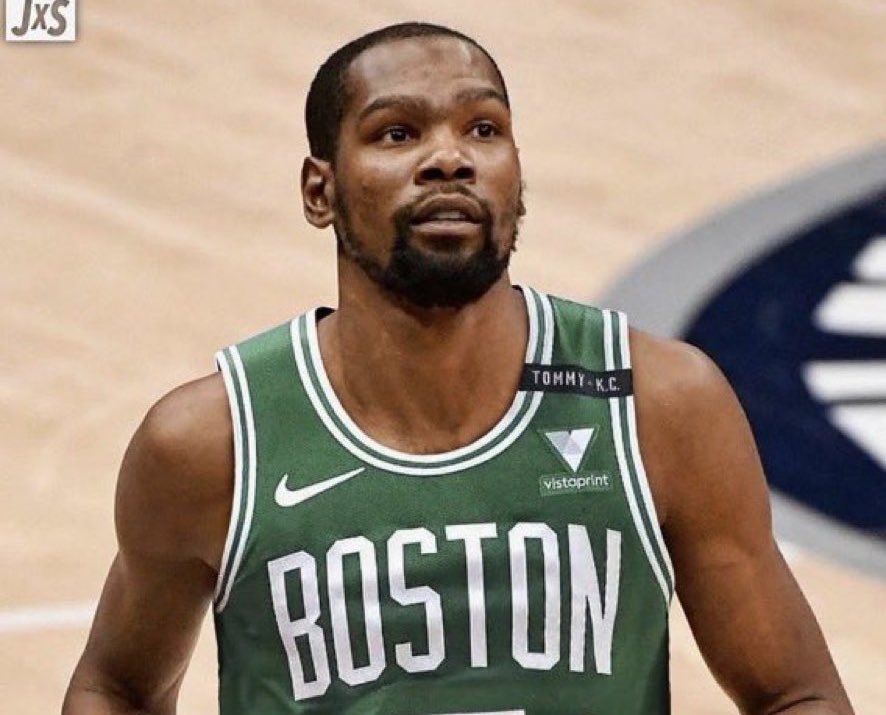 I don't think trading Brown for an old star makes sense. KG was an old star, but he was still a few years younger than Durant.

What say you? Would you trade Jaylen, Brown, Robert Williams, and let's say two first rounders for Kevin Durant?