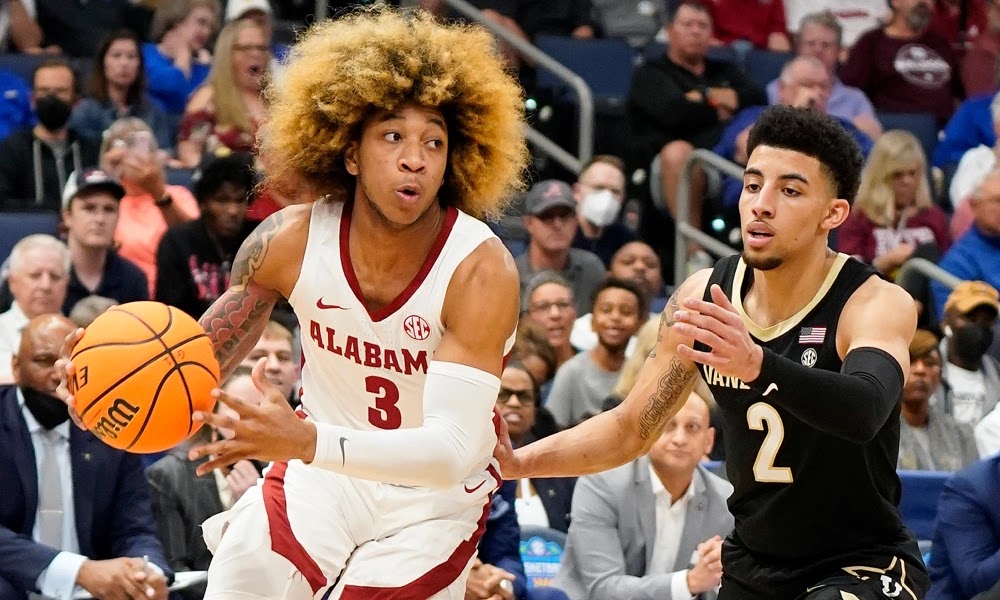 The Celtics patiently waited to after midlnight to make their selction in the 2022 NAB draft and have selected 19 year old JD Davison out of Alabama. The Ringer's Kevin O'Connor had Davison #49 on his big board and wrote he is an "Exciting shot-maker who needs to improve his decision-making to thrive as a playmaker at the next level."

Viral dunker who plays hard, always looking to cut in the half court and go full sprint on the break. Finishes well around the rim even when he's not dunking the ball. He has touch using either hand and loves using pump fakes.

In the pick-and-roll, he frequently uses hesitations to create room and he displays creativity locating shooters or lob threats. He doesn’t have the tightest handle but plays fast and knows how to use his body to spin and get into the paint.

Excellent rebounder for a guard. He crashes the boards on defense without hesitation.

Solid defender when he’s playing at his best who displayed some switchability at the college level, though in the NBA he’ll primarily need to stick to bigger guards.

Made only 32.7 percent of his catch-and-shoot 3s, per Synergy. His numbers are lower shooting off the dribble, at 26.5 percent from 3, and on midrange floaters, at 30.1 percent.

Sloppy decision-maker who gets careless with the ball in his hands. He also doesn’t break down defenders with his handle, often dribbling the air out of the ball. At this stage, his NBA team would rely on him to get buckets but not steady the ship.

Inconsistent defender who’s at a disadvantage because of his size. Stronger players can plow through him and taller ones can shoot over him. If he’s able to improve his discipline as he matures, he’ll be able to hang.

Brad Stevens said the cost for moving up “was just too much” from where the Celtics were in the draft.

"All you have to do is turn on a couple of minutes of clips and you can see the upside," Brad Stevens says of JD Davison.

Davison also won the state championship with a buzzer-beating 3-pointer as a junior. https://t.co/xs7SzNgWFM

Stevens has now used his lone two draft selections on uber athletic players. Last year's 2nd round selection Juhann Begarin showed some nice promise in Summer League and could earn a spot on this year's team in addition ot Davison. Then there is also Ainge 2020 draftee Yam Madar.

Unlike in recent years where roster spots were an issue around this time, the Celtics have several available this offseason which is good news for the young prospects. 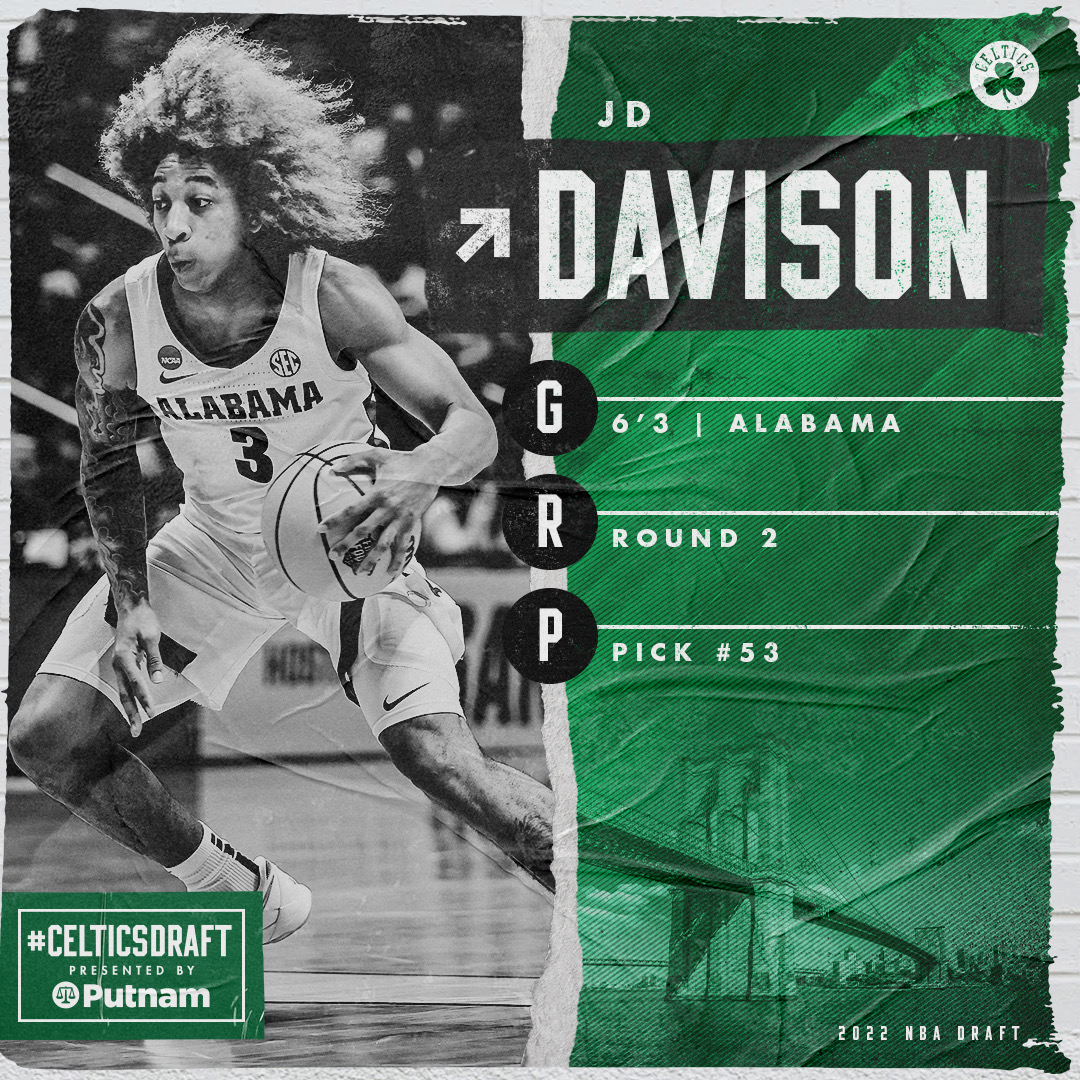 We'll now wait to see which undrafted players the Celtics invite to Summer League or sign to two way contracts.