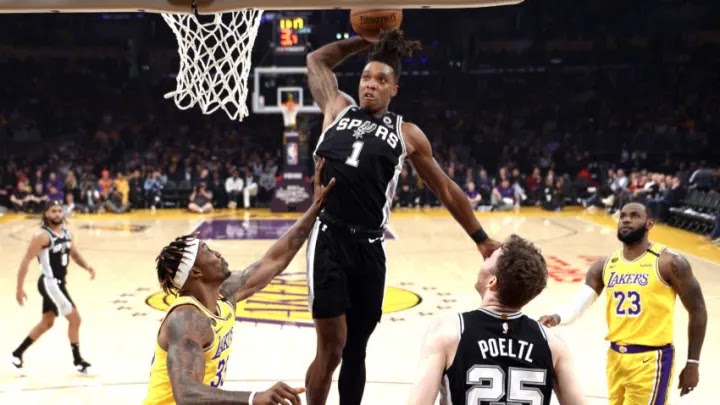 The #Celtics have interest in Spurs free agent Lonnie Walker, per source.

Ime Udoka's Celtics apparently are looking to add every guard from his former employer the San Antonio Spurs, except for the All-Star Dejounte Murray that is shockingly available. I actually really like the idea of Lonnie Walker IV though. He's still 23, so he has upside and just as importantly he's not just a name signing vet who's best days are behind him (See Jeff Teague).

The red flags for Walker IV are that the Spurs are letting him go, and San Antonio is not known for letting good players go for nothing. Walker is uber athletic, but has been inconsistent and turns the ball over too much. He has a very high ceiling though and was a player I wanted the Celtics to draft as he fell in the 2018 draft.

Assuming the Celtics don't way overpay him, I'd be very happy to see them add him.