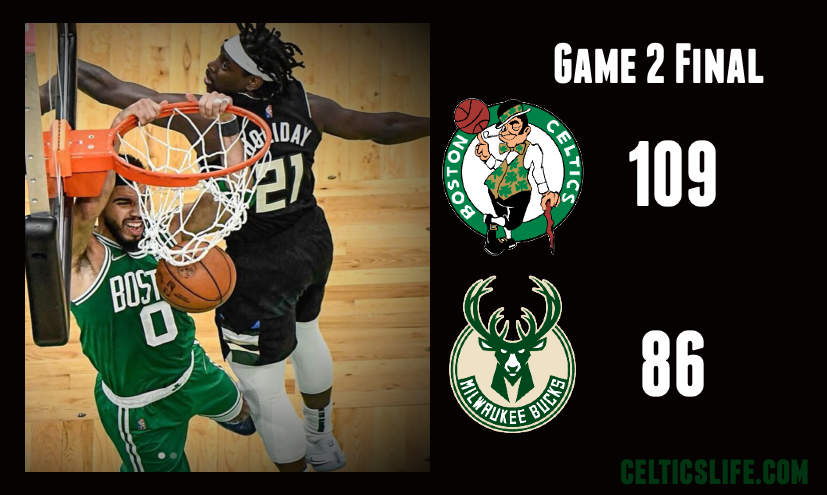 Well those were the Celtics we were expecting. Jaylen Brown set the table in the 1st quarter and Jayson Tatum closed things out in the 2nd half. The two Jay's combined for 59 points as the Celtics evened up the series 1-1 with a 109-86 win. Huge bounce back game for Tatum and Brown who both struggled in Game 1 (combined 33 points).

Boston played this game without Marcus Smart. It wasn't his back-up Derrick White who stepped up, as he went scoreless, but the Jay's and Grant Williams (21 points off the bench, tough defense on Giannis). Al Horford was also his usual steady veteran presence.

The Jays in Game 2

The series now shifts to Milwaukee, but not until Saturday as the NBA tv contracts rule the day. Smart is expected to be ready to play again for that Game 3.

Al Horford moments after tying up the series ⤵️ pic.twitter.com/rDoS89g1jg 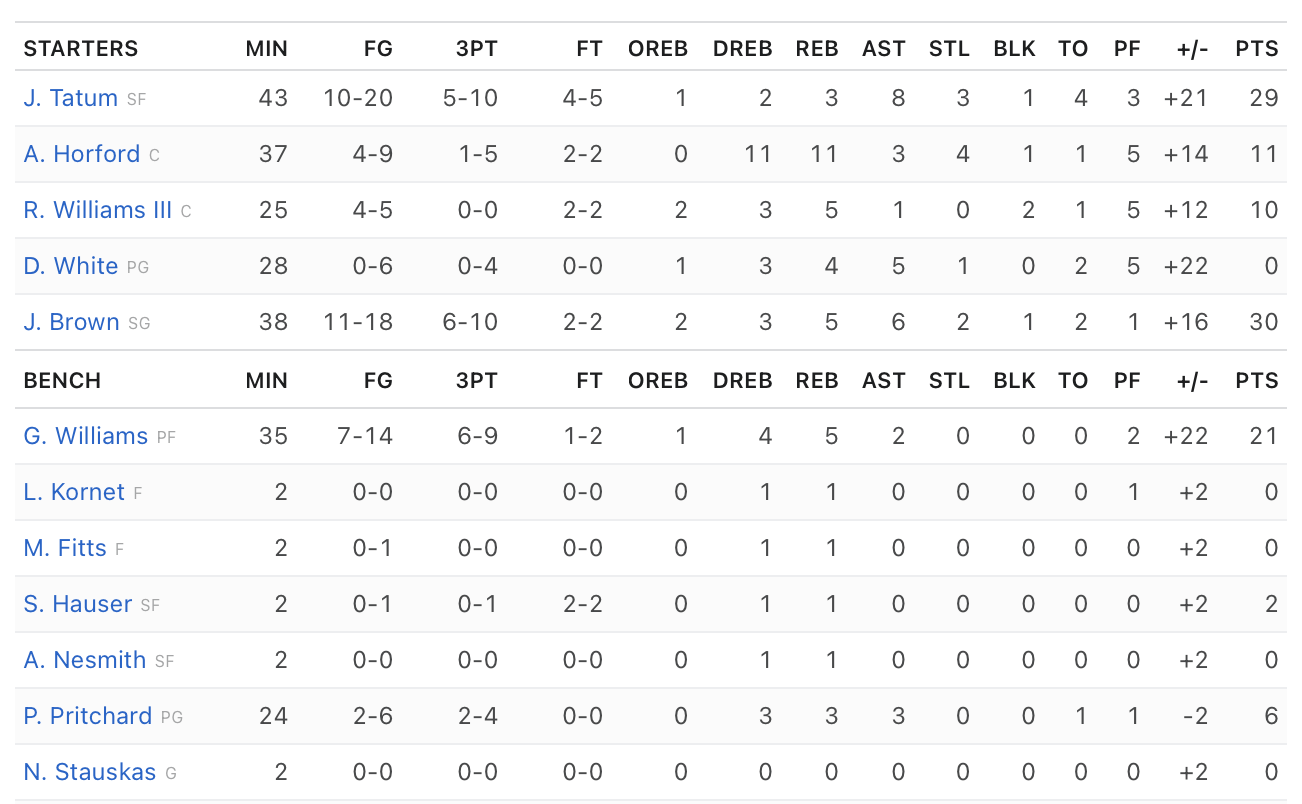