“Scrappy” C’s successfully defend their Parquet, go up 2-0 on Brooklyn 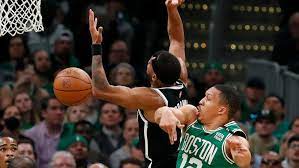 An eye-catching number in the Celtics’ come-from-behind 114 - 107 Game-Two victory over the Nets was the teams’ 65 combined Free-Throw Attempts – that’s more than TWENTY more than this season’s average of just under 44. No fewer than 30 of the teams’ collective 187 offensive possessions ended with a player going to the foul line for multiple shots.
The teams missed a combined 13 FT’s (52-for-65) – five of the off-target attempts were unplayable, when an official might tell the players to “Relax on the first, guys!” Each team created four “playable” FT misses. Coach Udoka’s boys secured all four Brooklyn misfires (one of them a “Team Rebound”).
But the Nets could obtain possession of only two of the Boston FT “clunkers”. Grant Williams created a put-back of a missed Jayson Tatum freebie mid-Q3. (The Nets mishandled a Q2 missed FT creating a Boston Team Rebound.) 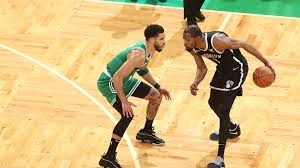 That calculates to an Offensive Rebounding Percentage (on missed FT’s) of .500 !!!
On the season – by my count – of Boston’s 316 errant Free Throws, only 145 of them were “playable” and the Celtics retained possession 15 times (OR% .103) … the “bad guys” missed 368 total FT’s of which 157 were up-for-grabs; opponents matched the Men in Green with 15 retentions (OR% .096).
For the '21-22 season, Boston posted the NBA’s eighth-best Offensive Rebounding Pct (.240) and 11th-best Defensive Rebounding Pct (.773).
Abacus Revelation for the Road
This season’s per-team average of 21.9 Free-Throw Attempts per-game is only the third time in the league’s now 76 seasons in which the NBA’s “Team Average” has taken fewer than 22 (all in the past five seasons).
The last time NBA teams took an average of 30+ FTA’s per game … was the last season after which Mr. Bird and Mr. Johnson faced off in the Finals.