Robert Williams could still return during 1st round of NBA playoffs 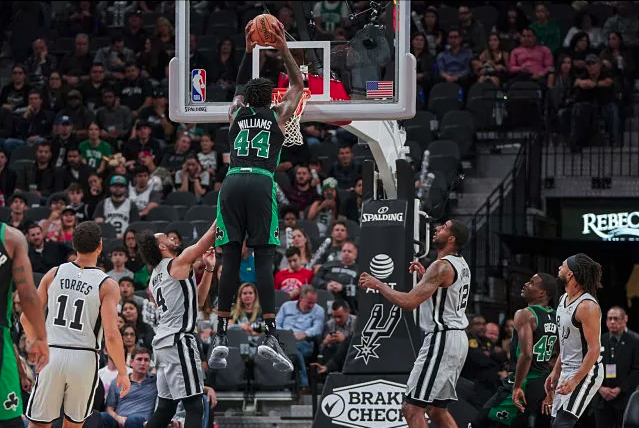 Surgeons chose to remove a small part of Robert Williams' meniscus as opposed to completely repairing it. The latter undoubtedly would have knocked Time Lord out until next season, but the removal surgery has a 4 to 6 week return time table. Reportedly that estimate is conservative.

According to head coach Ime Udoka, while the most likely scenario is that Williams would return for the 2nd round, he is not ruling out an earlier return.

“We left him back in Boston to help expedite the process,” Udoka said following Wednesday morning’s shoot-around in Chicago before taking on the Bulls. “Although he could have done it here, he's a guy that's locked in with the [training staff] and so we felt it was better to leave him back there and get the process rolling as fast as possible.”

The initial estimate for Williams’ return date was four to six weeks after his surgery. That means that Williams could return sometime in the next three weeks, which would position him to be back in time for the start of the second round if the Celtics advance.

It’s unlikely that Williams would be back any time during the first round, though Udoka says the possibility hasn’t been ruled out since every recovery is different.

“We haven't looked at him being here for the first round, honestly,” Udoka said. “Four-to-six timeframe is what it is and everybody kind of reacts differently to surgeries. But if possible, we haven't really ruled him out, obviously, being if he's ready. But we're going in with the mindset that he won't be there for the first round.”

Now keep in mind there are a few variables here. One is of course the assumption that Boston defeats its 1st round opponent and two is how long that first round series goes. If it goes say 4 or 5 games, the likelihood of Williams playing in the 1st round is much lower. If it goes 6 or 7 games, then yes he could potentially return for those games.

Happy to share my first blog for @celticslife in while. Read what I think below ⬇️ #BleedGreen #Celtics https://t.co/GfXl21nZIH