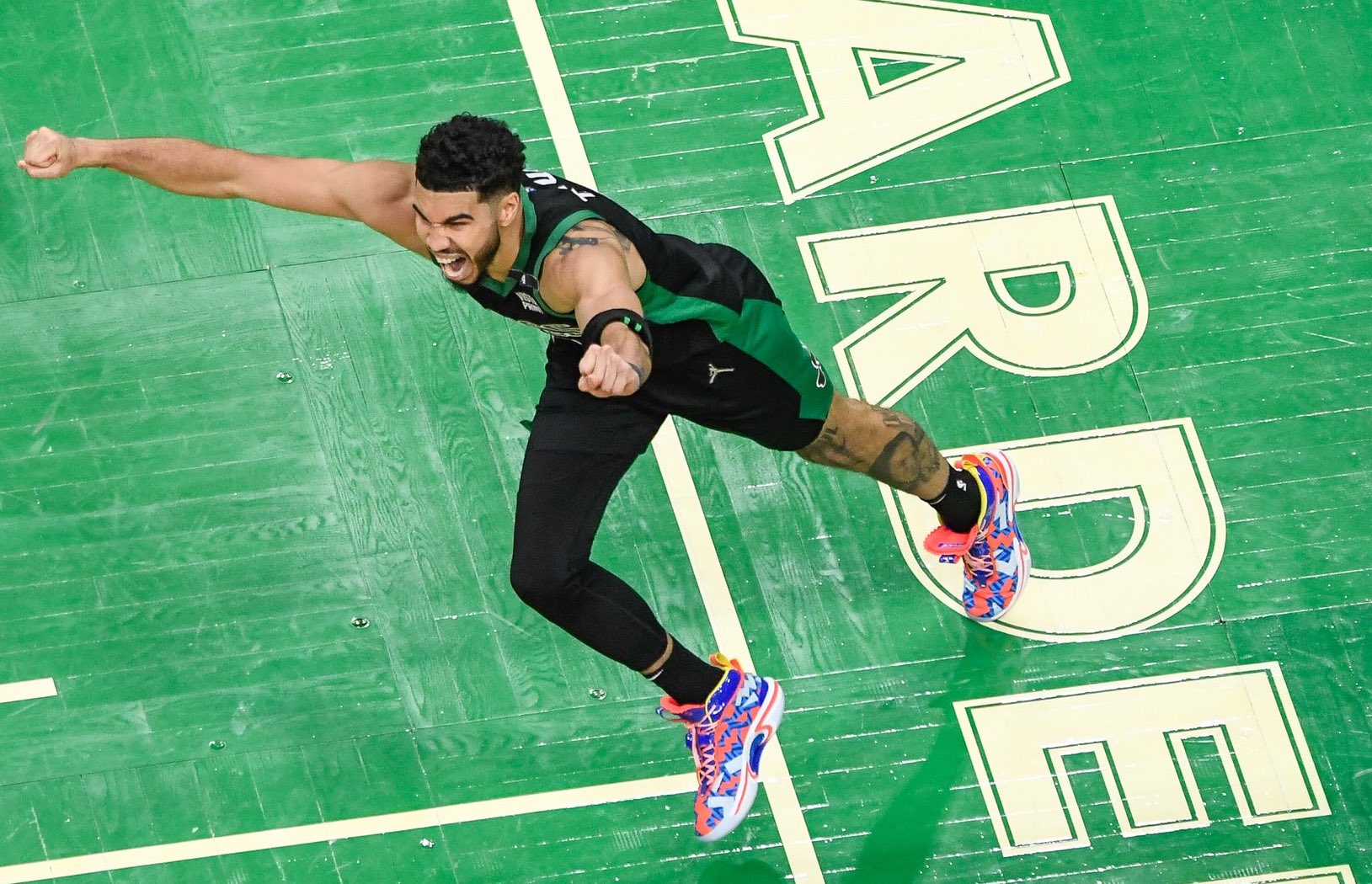 Hey guys, that right there is exactly what we meant! Love it.

Four Celtics scored 20 or more points to help pull off the instant classic win for the good guys this Easter Sunday.

Tatum's 31 points might have been eight less than Kyrie Irving who played the villain role to a T, but the win trumps personal accolades.

Honestly part of the reason Kyrie is such a villain is not only because he's an annoying b#tch, but because he is EXTREMELY talented. No one cares about the 12th man acting like a brat.

Irving bickered and tried to taunt Celtics fans throughout the game, flew them the bird at least once on camera, and did his stomp move after his late game basket (I couldn't tell on TV if the stomp was on Lucky this time or just a random floor spot).

Kyrie Irving is that guy that tries to mock his ex to "just get over me already!" while ironically simultaneously still calls her on the daily to try & instigate shit/harass her.

Playoff Al came up huge showing Bruce Brown that the Celtics even without Robert Williams still had the best big man on the court. Jaylen and Smart also topped the 20 mark in addition to Jayson and Al.

Everyone seemed to be in foul trouble tonight.

Refs apparently bet the over on 40 Celtics fouls in the 1st half.

Game 2 will tip-off at 7pm on Wednesday night in Boston.

Not going to say a Marcus Smart steal & dunk capitalizing on a total Kyrie Irving & Bruce Brown f#ck up followed by a joint finger pointing session by the Nets is a Celtics fan's wet dream...
But not not going to say it.#MarcusSmartDPOY
Celtics up by 9. #BleedGreen https://t.co/2SpicKqOZY

Al Horford so BIG for the #Celtics today!

Ime Udoka spoke on what his thoughts were leading up to Jayson Tatum's game winner pic.twitter.com/LVNOIMdFcj

Your Like AND Retweet double reaction motive is a success! #BleedGreen https://t.co/84Vn3f3eAp

Marcus Smart on the final play: “First off, you’ve gotta credit Ime for trusting us in that situation.”

Smart said he’s always been told that you have more time than you think. Said he was planning to find Horford, then spotted Tatum flashing open at the last second.