Can the Celtics win the championship? 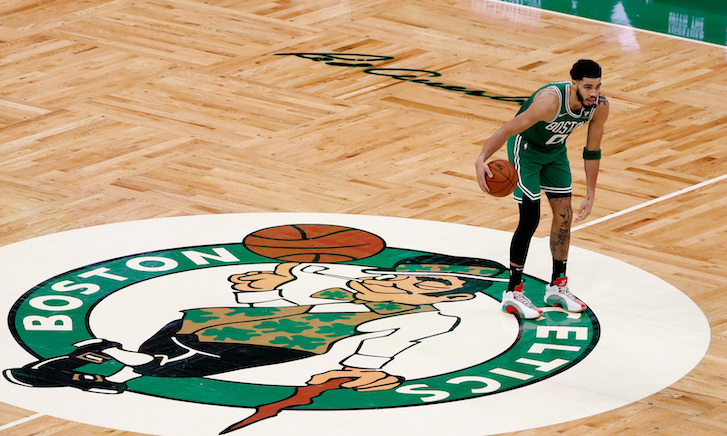 The Boston Celtics are neck and neck with the Los Angeles Lakers in the race for the most NBA Championships. Both clubs have won 17 NBA championships, although the Lakers won five of them when the organization was still based in Minneapolis. The Celtics have been very close to winning their 18th championship in the last decade but have been unable to do so.

They lost Game 7 of the 2010 NBA Finals to the Lakers, in a tightly contested game at 83-79. Since that season, Boston has made it to the Eastern Conference Finals four times but lost all four series. Most recently, in 2020 they were beaten by Miami Heat in a season that was shortened by the pandemic.

So, could this be the year that the Celtics finally return to the top of the NBA tree? Fans looking to bet on the NBA playoffs with sites offering the best new bet account offers will see the Celtics listed near the top of the lists in the Futures markets. They are there on merit.

As recently as Christmas, the Boston Celtics were regarded as the NBA's biggest letdown. They were considerably below .500 and out of contention for the playoffs. People were clamoring for the dismissal of coach Ime Udoka. Jayson Tatum and Jaylen Brown were rumored to be incompatible.

The pundits were wrong. The Celtics finished incredibly strong in the second half of the season, earning the second seed in the East. So, what changed?

Put simply, the Celtics tightened up on defense. Overall, Boston had the top defensive efficiency of the season, just ahead of the Phoenix Suns and Golden State Warriors, but that doesn't account for the team's poor performance in the first two months. It's not even close since the Celtics turned things around. In the 2022 calendar year, Boston has a defense rating of 100.4.

Their defense is now the best in the league. Their big guys move their feet incredibly well, with Robert Williams and Al Horford, the ageless wonder, having excellent seasons. Furthermore, Boston just happens to have Marcus Smart and Jaylen Brown, two of the best on-ball defenders in the NBA.

When the NBA playoffs arrive, everyone knows how much the game slows down. Refs become a little more lenient, games are lower-scoring and being able to call on a strong defense is crucial. That’s where Boston has the edge over all their rivals.

The Celtics have also shown a consistent ability to match the best. They finished the regular season as the only franchise in the East to show a winning record against winning teams, including wins over the Brooklyn Nets, the Golden State Warriors and the Denver Nuggets.

The most recent game against Brooklyn was the only one that was close. Since it was in Boston, the Nets were able to field both Kevin Durant and Kyrie Irving, but the Celtics still got the job done. It is clear that they fear no one, which will be crucial for the challenges ahead.

Perhaps the main reason why the Celtics can win the Finals is the duo of Jayson Tatum and Jaylen Brown. For a couple of seasons, both players have been extremely effective. However, this season, they've really matured as a partnership. When the Celtics were struggling earlier this season, there was talk that one of them needed to be traded. Well, no one is talking like that now.

Tatum has risen to become one of the NBA's finest players. He isn't as well-known as some of the other emerging superstars, like Trae Young and Ja Morant. But Tatum plays defense and does so better than almost anyone. He is averaging 27 points, more than eight rebounds, and four assists a game, as well as more than a steal every game this season.

Meanwhile, Jaylen Brown has put in a lot of effort to improve his scoring efficiency. The word on him when he first entered the league was that he couldn't shoot. He was a slasher who was also a fantastic defender. Well, now Brown is shooting over 46% from the floor and averaging 2.5 triples a game for the season, for an overall average of 23 points per game. It's no surprise that the Celtics have consistently stated that both of these players are untouchable. They're both in their mid-twenties and have the potential to be the twin foundations of an exciting new era in Boston basketball, starting with the 2022 NBA Championship.