Jaylen Brown returned for the Celtics tonight and the Nets featured Kevin Durant and Kyrie Irving, but Jayson Tatum stole the show this afternoon as he was the best player on the court by far. Tatum finished with 54 points to lead the Celtics to a thrilling 126-120 win over the Nets at the Td Garden.

Jaylen Brown added 21 points in his return as the Celtics improve to 39 and 27 on the season. Kevin Durant led Brooklyn in a losing effort with 37 points. The Celtics knocked the Nets into the red today as their record falls to 32-33. Quite the flip for these two franhises in the past couple months huh?

📽 Here's Jayson Tatum's 54 points in all their glory https://t.co/ntGAPUqdX5 pic.twitter.com/npMLyRr0a2

"We needed all bodies available. Credit to him for taking care of himself."

Ime Udoka discusses Jaylen Brown's return from injury and hitting but 3pt shot at the end of the game. pic.twitter.com/q7kwxR20Mh

Coach Udoka says Rob Williams is the “anchor for our defense, and we all know how important he is.” 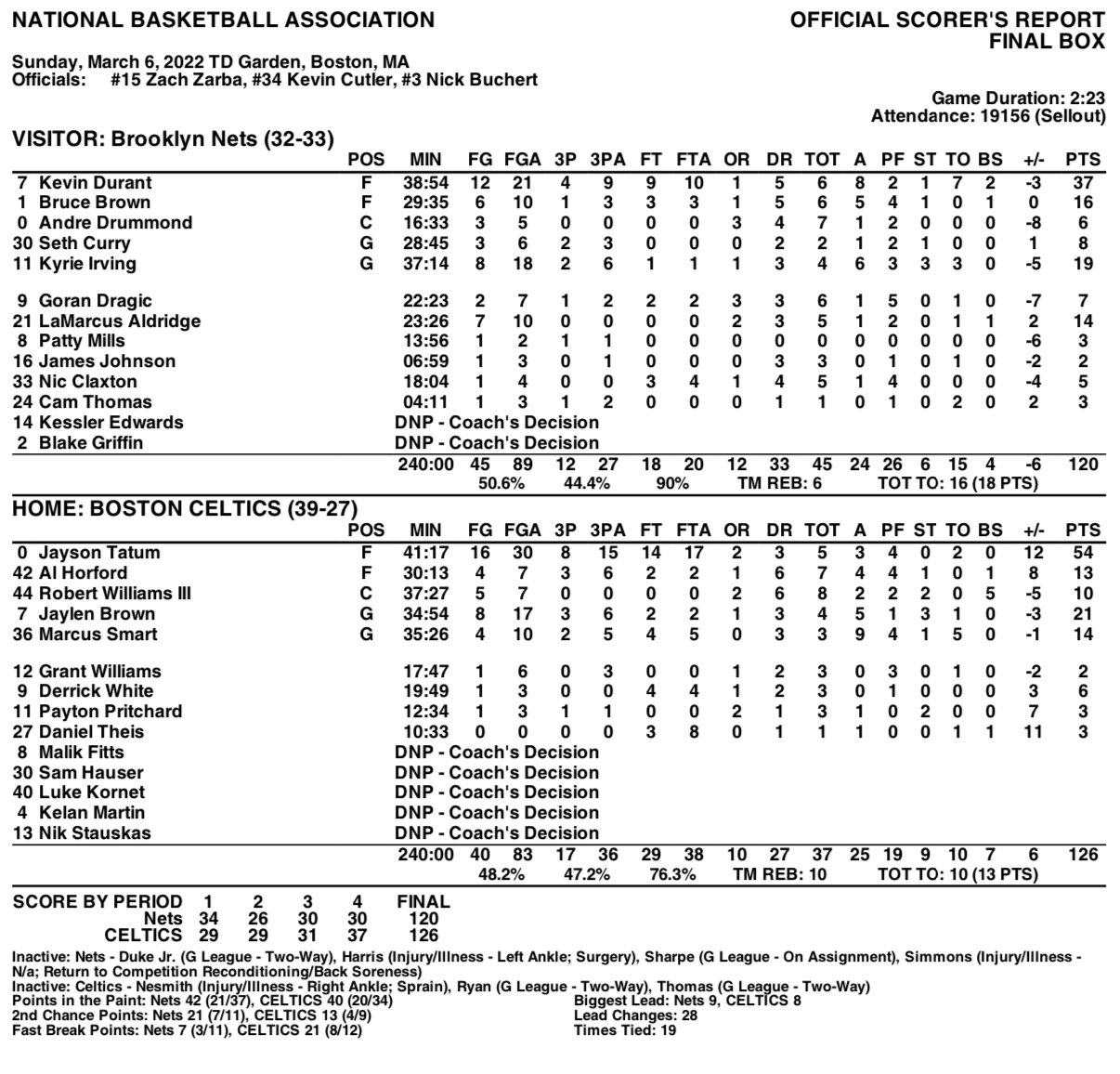