Shooting for the Stars in Today’s NBA

About half a century ago when I was growing up only a few blocks from where the Celtics’ fancy new Auerbach Center now sits, there was another kid in the neighborhood named Paul who proudly claimed the nickname “Atilla, King of the Huns” … in the sports lingo of the time, a “Hun” was a player who’d shoot pretty much every time he touched the ball, a gunner, not necessarily the type of player you’d wish to choose as a teammate.
The C’s MVP candidate Jayson Tatum tops the Association this season with 1,453 Field Goal Attempts in his 70 appearances, one of only 11 players to average 20 or more FGA’s per game. Deuce’s Daddy has launched 25 or more shots in a dozen games this season. 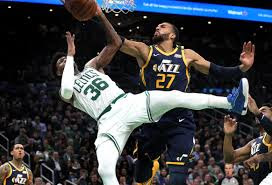 Alas, JT’s .449 Field Goal Percentage ranks 10th among those eleven guys – by contrast, the Bulls’ Demar DeRozen has taken just 70 fewer shots but at a .505 rate of accuracy.
At the other end of the spectrum, we have Robert Williams III who in 60 appearances has connected on 265 of his 341 shots from the field, a very impressive .734 FG% that is superior to Utah center Rudy Gobert’s 321 – 451 (.712) which currently leads the circuit among “qualified” players … by the way, RG is vying for his third shooting championship, second in a row.
To receive official recognition for his seasonal marksmanship, our Timelord needs 35 more successful FG’s over his team’s final eight games (which alas include two more back-to-backs).
If Rob’s “load” is “managed” in just one of those B2B’s – following three days off, is it unreasonable to play him both today vs. Minnesota and tomorrow at Toronto? – he needs to average five “makes” per game in order to reach the mandatory 300 FG’s needed to qualify for the seasonal honor.
Despite going six-for-seven from the field Wednesday night against Rudy and his crew, RWIII is averaging fewer than five attempts per game in his last five outings. 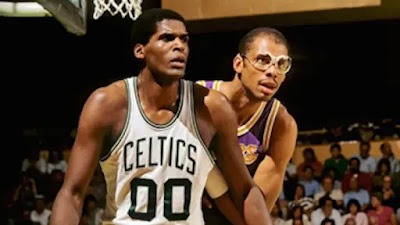 Back in the ’80’s when the C’s offense featured Bird’s creativity and McHale’s “Torture Chamber” post game, Coach KC Jones insisted that center Robert Parish get a “touch” in his post-area sweet spot within a game’s first few possessions in order to both “juice up” the Chief as well as send a message to the opposition.
It’d be nice if this incarnation of the “Green Machine” can conjure up similar consideration for a guy who likewise does a lot of the squad’s “dirty work,” huh?
Abacus Revelation for the Road
Since Jan. 12 when they checked in at 21 – 21, the Celtics have converted 1,607 of their 3,056 possessions (.526) and held opponents to 1,467 conversions in 3,069 tries (.478) while going 25 – 7 and losing consecutive games but once.