The Celtics had a monster 2nd quarter and never looked back today in Boston. Jayson Tatum and Jaylen Brown combined for 65 points as the Celtics continue their amazing play. Honestly, I've been covering the team since 2009 and I believe this is the best the Celtics have looked in these past 13 years. Does that guarantee playoff success? Of course not. Just saying that the Celtics are on a role and are completely overpowering their competition.

Derrick White and Payton Pritchard combined for 25 points off the bench for the Celtics (5-9 on 3's). The Celtics improve to 47-28 on the season, while the Wolves fall to 43-33.

Boston is now tied with the Miamai Heat for 1st place in the Eastern Conference. To think they were a mess and in 10th place just a few months ago. Quite the come up. The Celtics will be back in action tomorrow night in Toronto.

#1! Three months ago i wouldn't have guessed the @celtics would be this good, much less #1 in the East and a legit title contender. LFG C's!

The joy of the win and the Celtics landing in 1st place is tempered by the fact that Robert Williams' injury is at least serious enough to keep him out of tomorrow's game versus the Raptors. Goes without saying that the Celtics need Time Lord healthy to be title contenders.

Ime Udoka says he 'doesn't know' what happened with Rob Williams' knee. "He was in a quite a bit of pain." Too early to know if its a long-term thing according to Udoka.

Ime Udoka on what has led to our hot stretch of ball: "The main thing that we've seen is consistency over the last few months over a lot of areas that we really targeted." Those areas include sharing the ball and playing with urgency. 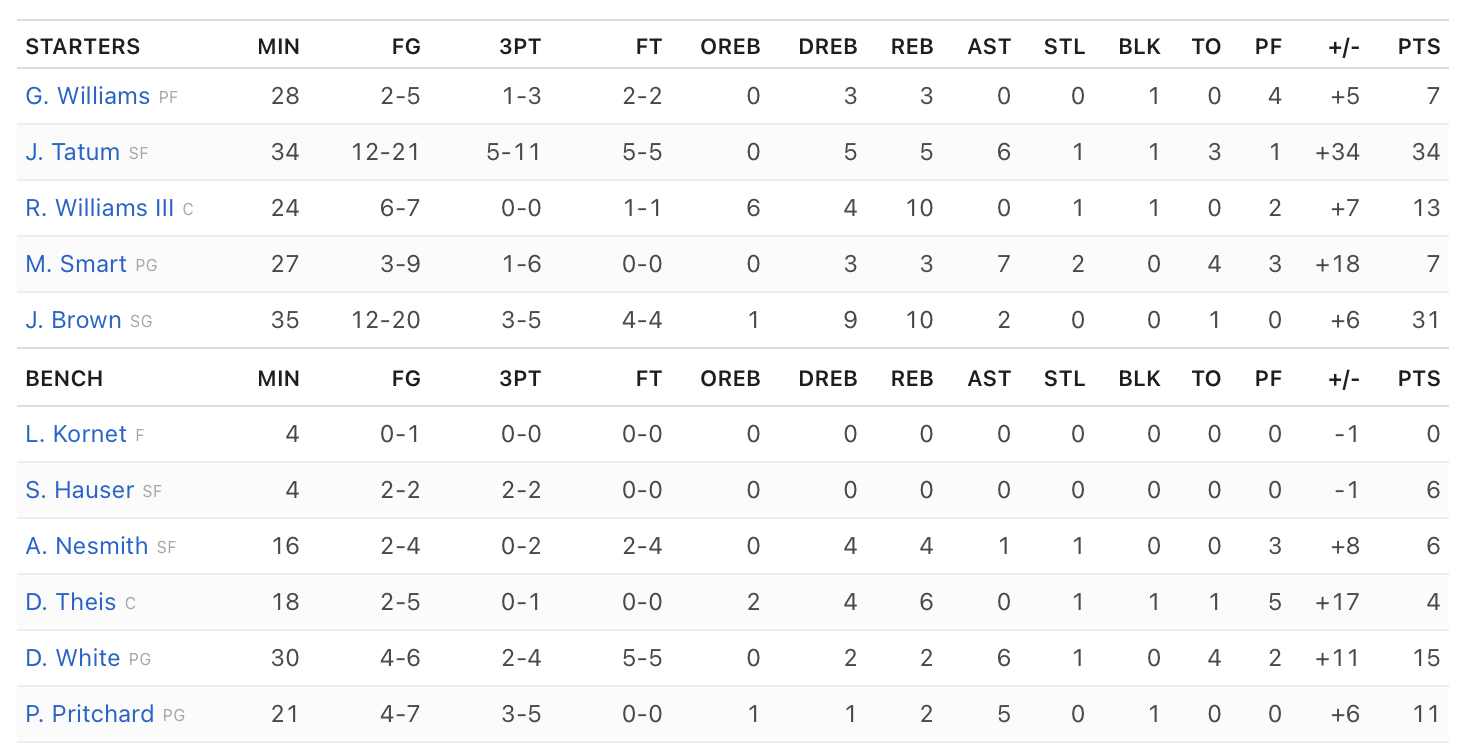