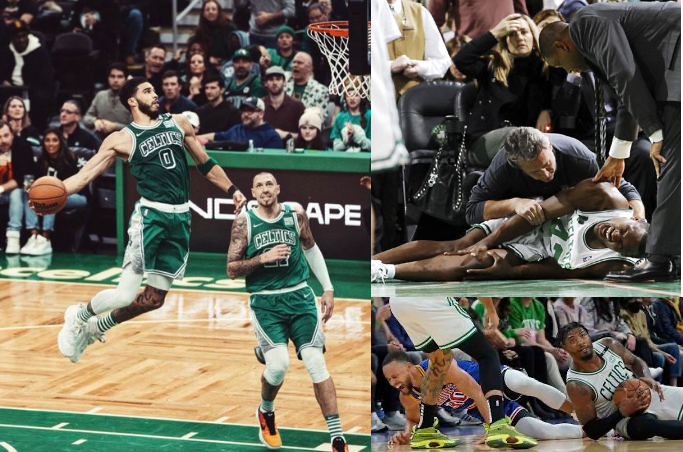 Fifteen years ago Tony Allen received a lot of heat from Celtics nation for injuring himself on this dunk:

I always thought the criticism was unfair. Players dunk in practice, dunk in warm up lay-up lines, purposely jump to goal tend shots when an opponent takes a shot after a whistle (Shout out to the OG Kevin Garnett), and on and on and on. The only reason why Tony Allen was labeled a "knucklehead" and other derogatory terms is because he got injured. If he hadn't gotten injured it would have been no different than this Jayson Tatum dead ball dunk after Al Horford was fouled at half court.

Tatum got nothing but love for a similar action that Tony Allen did 15 years ago.

In my opinion there was nothing wrong with Tatum's dunk and those that said it even was a good thing because it hyped up the fans have a point as well. In a similar vein, Marcus Smart is getting criticism nation wide due to his diving for a loose ball. The reason? Because Golden State Warriors superstar Steph Curry got hurt. Had Curry not gotten hurt, no one would have one negative thing to say about the dive.

Players who dive for loose balls have always been championed. From Dave Cowens to Larry Bird to Rajon Rondo to Marcus Smart. When a player gets hurt it always sucks, but unless someone did something deliberately with the intention potentially to harm the other player, playing the blame game after an injury makes little sense.

Smart's getting some heat for a "winning play" basketball move and Tony Allen got criticized for years for dunking a basketball, while not a single person has had a negative thing to say about Tatum doing a Tony Allen dead ball dunk. Nor should anyone criticize Tatum. Even if he got hurt they shouldn't have. But it's hypocritical to have different sets of rules based on fluke injuries.

There was no poor intent in either Allen's or Tatum's dunks. Nor was there in Smart's dive. None should be (or should have been) criticized. Tony Allen never deserved the hate he got... for a dunk. 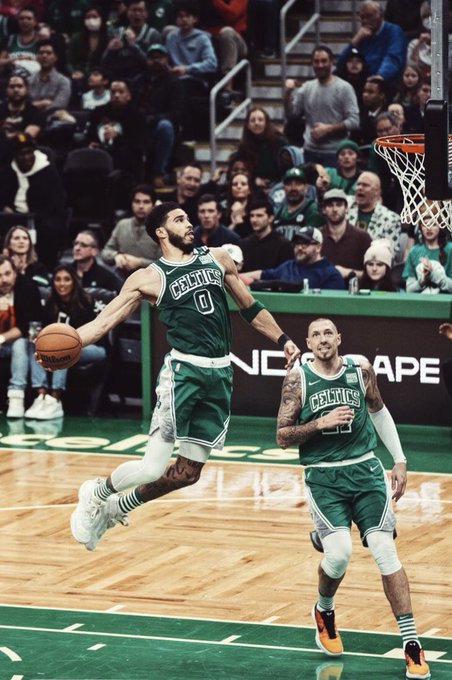