Boston kept rolling Wednesday night versus the Charlotte Hornets as six Celtics scored in double digits on the way to a 113 to 107 victory. Josh Richardson led all Boston scorers pouring in 23 points off the bench (6 of 8 on 3PA). Marcus Smart added 22 points, 6 assists, and 4 rebounds.

LaMelo Ball was the game high scorer finishing with 38 points in a losing effort. With the win the Celtics are now only a half game back of the Hornets in the standings. Boston now stands at 28-25, while the Hornets fall to 28-24.

The Celtics will now head to Detroit for a Friday night match-up with the 12-38 Pistons.

Marcus Smart was amazed by this Rob Williams block: "I actually told him, ‘You look like me out there. You’re going to beat me out for being one of the best defenders out here. So keep going. I’m proud of you.’" https://t.co/M5JR1q63j3

Josh Richardson when asked how his rhythm felt shooting 6-of-8 from 3: “Just normal.” 😂 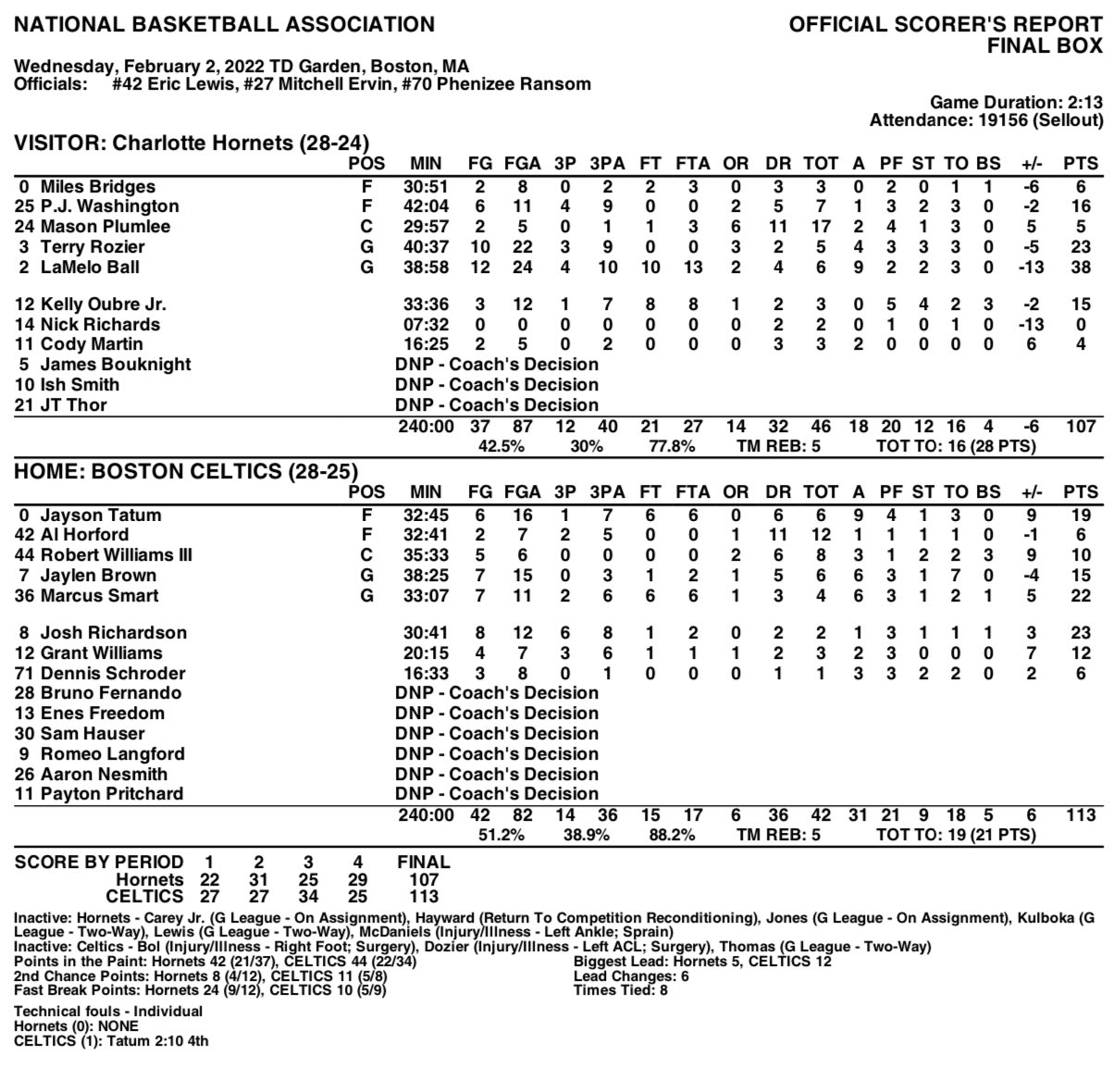