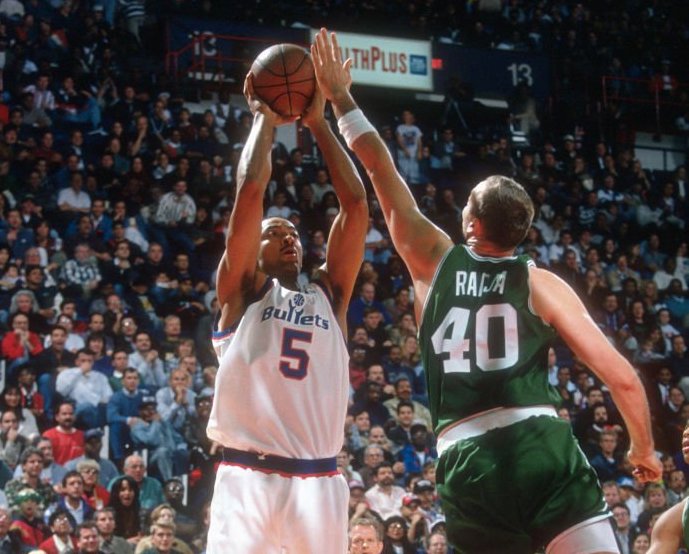 Michigan's Juwan Howard got off lightly in my opinion today only receiving a 5 game suspension for his actions following Michigan's loss to Wisconsin yesterday in college hoops. When you listen to the sound in the raw video of the incident you see that Juwan Howard was completely in the wrong. The Wisconsin Head Coach Greg Gard was fined $10,000 himself, but pretty sure if Juwan hadn't grabbed him and then thrown the "punch," he'd be $10k richer right now.

Here’s my full raw look at the events that led to the postgame brawl following the 77-63 #Wisconsin win over #Michigan.

You can see Juwan Howard say “I’ll remember that” to Greg Gard, who said tried explaining himself. pic.twitter.com/stBbFIGqTJ

Remember Howard is a college head coach. He's not an 18 year old Freshman player. He's supposed to model good behavior and restraint. Him whining about Wisconsin calling a timeout to break a press in the final minute was ridiculous enough. Wisconsin had their walk-ons in the game. You want the game to end, don't press then!

And you could say Gard shouldn't have tried to stop Howard after the latter refused to shake his hand and was in his feelings, but he barely touched Howard. It wasn't even an aggressive touch. Howard just wanted to pout in the loss and his "Don't touch me stuff" was ridiculous considering Juwan was much more aggressive with response to Gard. And that was all before he decided to throw the punch/slap.

As you can see from the video, when a head coach throws a punch that's basically telling the players it's ok to fight and that's what they did. I'm not one to say ridiculous things like "Howard should never coach again." That's weak. But I do think he got off lightly, especially considering this isn't his first incident as the head coach of Michigan.

Howard was brought up as a name for the open Boston Celtics head coaching position last summer, but nothing ever came of it. My guess is he will eventually end up back in the NBA game either as an assistant or a head coach. Yesterday's theatrics didn't help the latter's odds though.