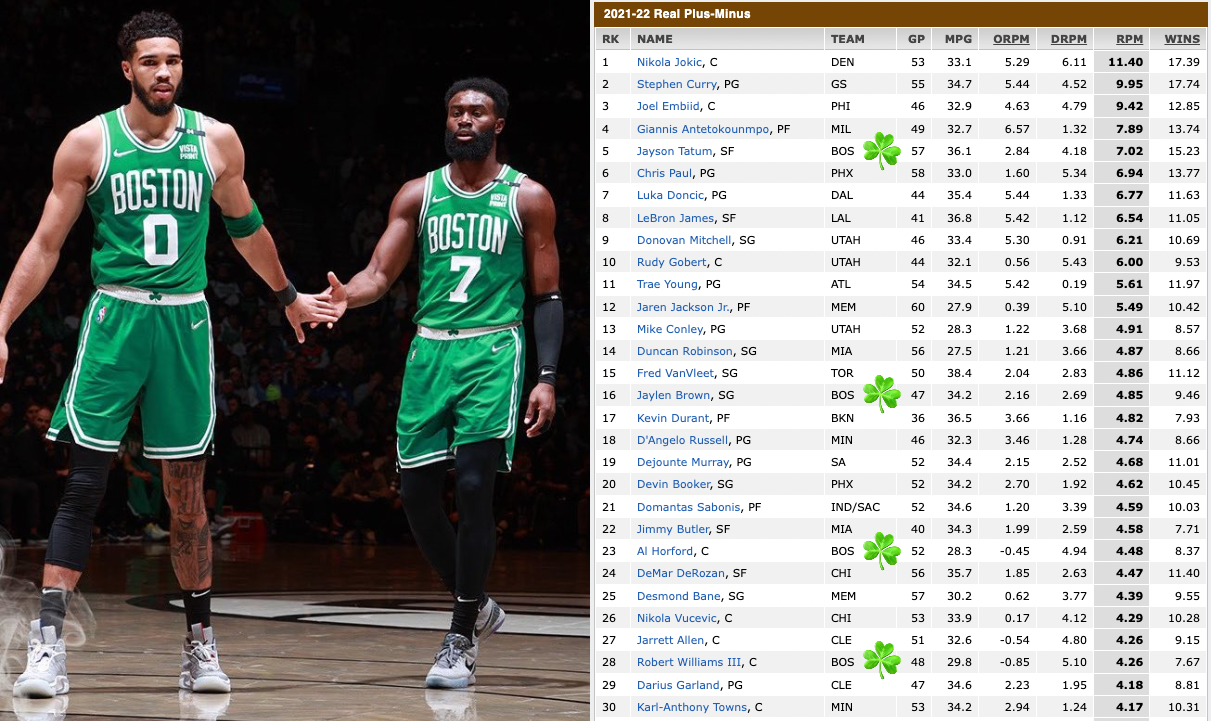 Despite a poor shooting start to his season, Jayson Tatum has been having a great overall 2021-22. He earned another All-Star birth and was the correct choice to start in place of the injured Kevin Durant. While Jayson Tatum isn't in the mix for this season's league MVP, he's in that next tier.

According to ESPN's NBA Real Plus-Minus Jayson Tatum ranks behind only Jokic, Curry, Embiid, and Giannis. Jaylen Brown came in in 16th place, strengthening the argument that he should have been an All-Star as well.

Celtics starting big men, Al Horford and Robert Williams, both also made the top 30 at 23 and 28 respectively. Derrick White came in at 50, while Marcus Smart landed at 60.

Want to know how they calculate "real plus-minus"? So do I. So far I found this description:

Real Plus-Minus (RPM) was recently updated by the ESPN Sports Analytics Team. This new version of RPM was inspired by the original RPM created by Jeremias Engelmann, in consultation with Steve Ilardi, and now uses advanced box statistics derived from player tracking data, along with a slightly modified statistical model.