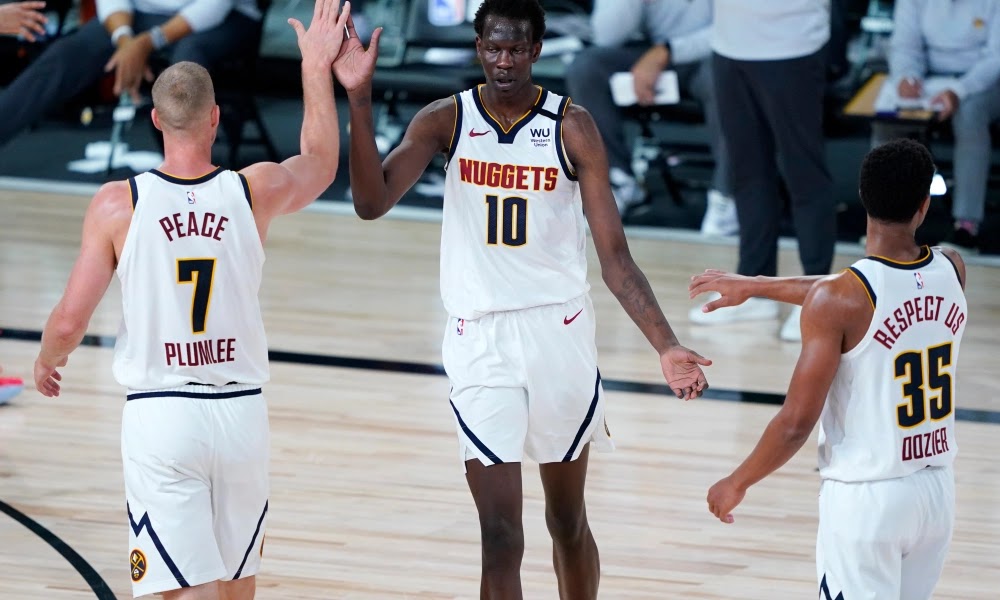 Denver believes Forbes can deliver some shooting to its bench; Dozier is out for season with a torn ACL and a free agent; Bol will miss two or three months with foot surgery. Boston's closer to avoiding tax with Hernangomez gone. Spurs get a versatile wing for bench.

Before Boston Celtics fans get too excited, the players acquired in this trade were brought in mostly for their smaller expiring contracts than the outgoing Juancho Hernangomez. Like Juancho, Bol Bol and P.J. Dozier have expiring contracts, but combined they make less, so Boston made this trade for tax reasons. They cut their salary cap number by $3 million.

Both players are injured and like last season with Luke Kornet and Mo Wagner, the Celtics will say all the right things about giving them a chance, but at the end of the day, if they could have trade Juancho for no players and thus no salary coming back, they would have preferred that.

Still Bol Bol will get fans excited, since Manute's son is an intriguing young prospect. Dozier is out for the season, while Bol Bol is coming off foot surgery and won't suit up for a few months. Bol Bol was recently traded to the Detroit Pistons, but they vetoed the deal after he failed his physical.

If the Celtics keep Bol, he could potentially return for the very end of the season. Just trying to temper expectations, but we've seen this many times before, where fans thing the Celtics got a real steal and then that guy never even plays a game. The most recent example was Moses Brown, who many fans actually thought was more valuable than a 1st rounder.

If Bol wasn't hurt, I'd have been extremely excited about this deal, but honestly I'm not sure how much more likely he is to ever play for the Celtics than he was yesterday. Yes, we now have his Bird rights, but it wasn't like he was going to garnering a large contract this offseason. Dozier was two-way player in the Celtics organization three years back.

But for the Celtics front office, trading Juancho for smaller contracts and not having to attach a 2nd rounder or two is a win. And since the Celtics don't like to pay the tax, this deal gives them a bit more flexibility to make another deal prior to the deadline.

If you'll recall last season, in order for the Celtics to acquire Evan Fournier and not have to pay tax, Boston gave away Daniel Theis. So every little bit of breathing room helps. And like we always say, every once in a while you end up with "found money," where a player acquired for their contract actually finds a home.

Maybe the 22 year old Bol Bol and the Celtics will fall for each other, he re-signs here in the offseason and he becomes a rotation piece in the future. I will now have to research just how bad the red flags are concerning his health.

Probably the most remarkable thing about this trade is that it's the first ever between these two franchises according to Basketball Reference.