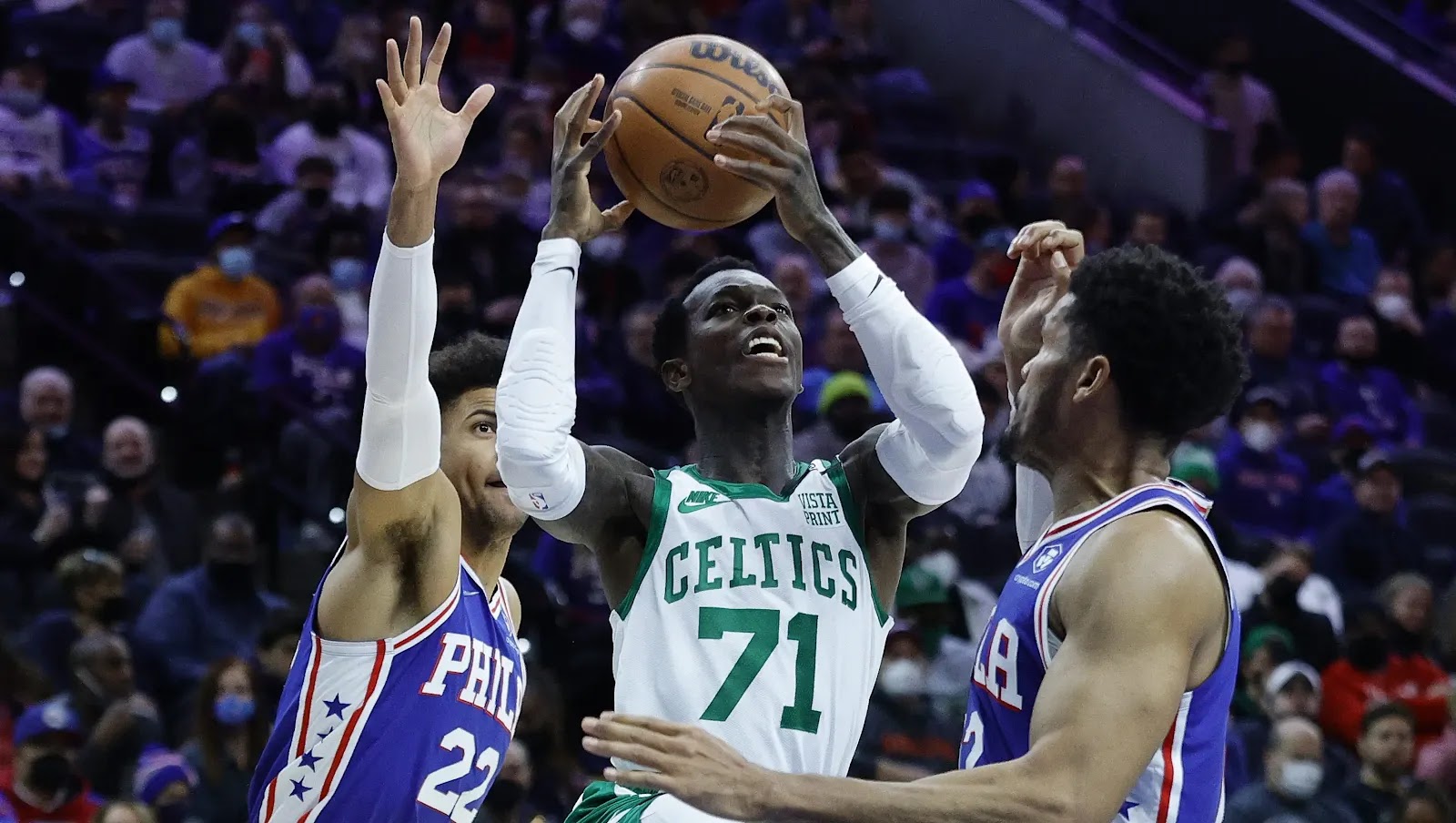 Dennis Schroder only played 15 minutes tonight for the Celtics in their 16 point loss in Atlanta. He may not have that many more minutes left this season in Celtics green. The Cleveland Cavaliers have just been granted a $9 million disabled-player exception after losing Ricky Rubio for the season.

The Cleveland Cavaliers might have eyes for Boston Celtics veteran point guard Dennis Schroder ahead of the Feb. 10 NBA trade deadline.

"Today they were granted a $9 million disabled-player exception by the league for the Ricky Rubio season-ending ACL. They can use that to trade for a player with one year left on his contract," ESPN's Brian Windhorst said Thursday on NBA Today (5:38 mark). "League executives believe a main target for that will be Dennis Schroder, who fits into that trade exception. Such a trade would potentially take the Celtics below the luxury tax and he could help [the Cavs] on the perimeter."

The Cavs are in 3rd place in the Eastern Conference and only 2 games out of first place. They have had the year Celtics fans were hoping for our team. Since the Celtics don't own Schroder's Bird rights, it's a foregone conclusion that his Celtics tenure is just a one year rental.

Unfortunately the Celtics are notorious for avoiding the luxury tax. Some fans who like to play press secretary for the team will rationalize they are trying to avoid the repeater tax, but it doesn't really matter since then the next season they always get under the tax again.

So with that in mind, one of their biggest goals as we are just 12 days aways from the NBA trade deadline is sadly to cut salary. Schroder won't get you a first round pick, but should get you either a high 2nd or two 2nds. If that doesn't sound that exciting, you'll understand why I wasn't doing jumping jacks in celebration when Boston signed Schroder.

It was a solid low cost move, but in terms of building the next Celtics contender it didn't move the needle. He's played ok for Boston, but his loss won't be anything huge, especially considering it would presumably open up some playing time for Payton Pritchard. Boston could use Pritchard's shooting.

2nd rounders don't hurt to stockpile, but in my ideal scenario the Celtics actuallg get an intriguing young player back for Schroder in a trade. Maybe another's team's version of recent first rounders like Aaron Nesmith, Payton Pritchard, or Romeo Langford.