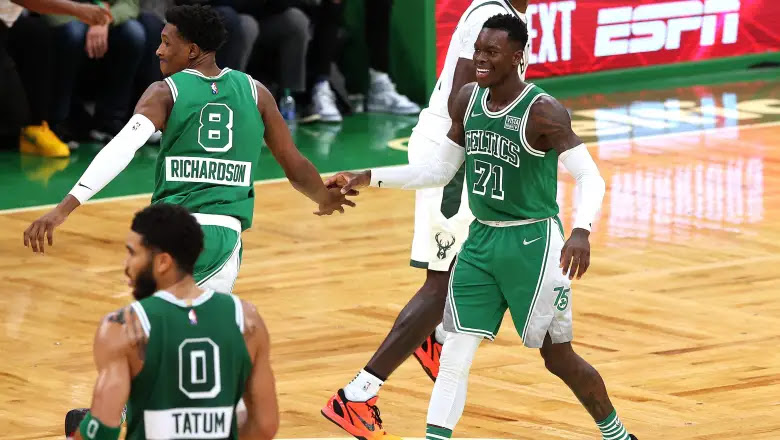 With 17 championship titles in the US professional basketball league NBA , the Boston Celtics are the most successful team in American basketball history. In the 2007/2008 season the title win could be celebrated for the last time.

Schröder scored 38 points at 122: 113 after extra time, in overtime he shot 8 of the 14 Celtics points - and not only got an extra praise from his coach Ime Udoka because of his season best performance. "It overheated late and carried us," said Udoka: "He had a great evening today and we needed it." At the Bucks, superstar Giannis Antetokounmpo was injured. Sports fans were able to place bets on the game at bookmakers listed on Bonus Code Bets.

The audience in TD Garden celebrated Schröder in the final phase with MVP calls. "It's just great, but not important to me. I want to win - and we did," said Schröder, who was booed by the fans in the first home game of the season with his team-mates.

With Odell Beckham Jr. at the Rams, the glamor factor continues to rise in the City of Angels. Los Angeles is even represented by two teams in the NFL, NBA and MLB. In NHL and MLS by one. The superstars of all L.A. teams.

In addition to Schröder, three exceptional players in the NBA shone on Saturday night: Luka Doncic scored a triple double with 32 points at 123: 109 in his Dallas Mavericks at the San Antonio Spurs. Stephen Curry recorded 40 points in a 119-93 victory over the Chicago Bulls, the eleventh win of the season for his Golden State Warriors. James Harden led the Brooklyn Nets with 39 points to make it 120: 112 in the New Orleans Pelicans.

Could Jaylen Brown and Ben Simmons be traded for each other?

Ben Simmons of the Philadelphia 76ers apparently arouses covetousness in a division rival. As Shams Charania ( The Athletic ) reports, there have already been talks with the Boston Celtics about a trade.

Simmons is still not available to his team; the Australian complained of mental problems after his boycott during the offseason and is currently receiving professional treatment, now apparently in consultation with the Sixers.

The desired solution on both sides is still a trade, even if the Sixers always communicate this differently to the outside world. This has now also been discussed with the Celtics, as Charania reports. So far, however, there has been "no traction", which is probably also due to the fact that the demands of the Sixers are still very high.

Team President Daryl Morey should apparently reclaim Jaylen Brown in every deal, who is in the middle of the best season of his career (25.6 points, 6.1 rebounds on average). It is very unlikely that Boston would give up the young all-star, especially since he has two more contract years ahead of him under maximum conditions.

Mark Murphy of the Boston Herald added that he said that all rumors of trade talks between Boston and Philly were "untrue". It is therefore unclear how great the alleged interest of the Celtics in Simmons actually is.