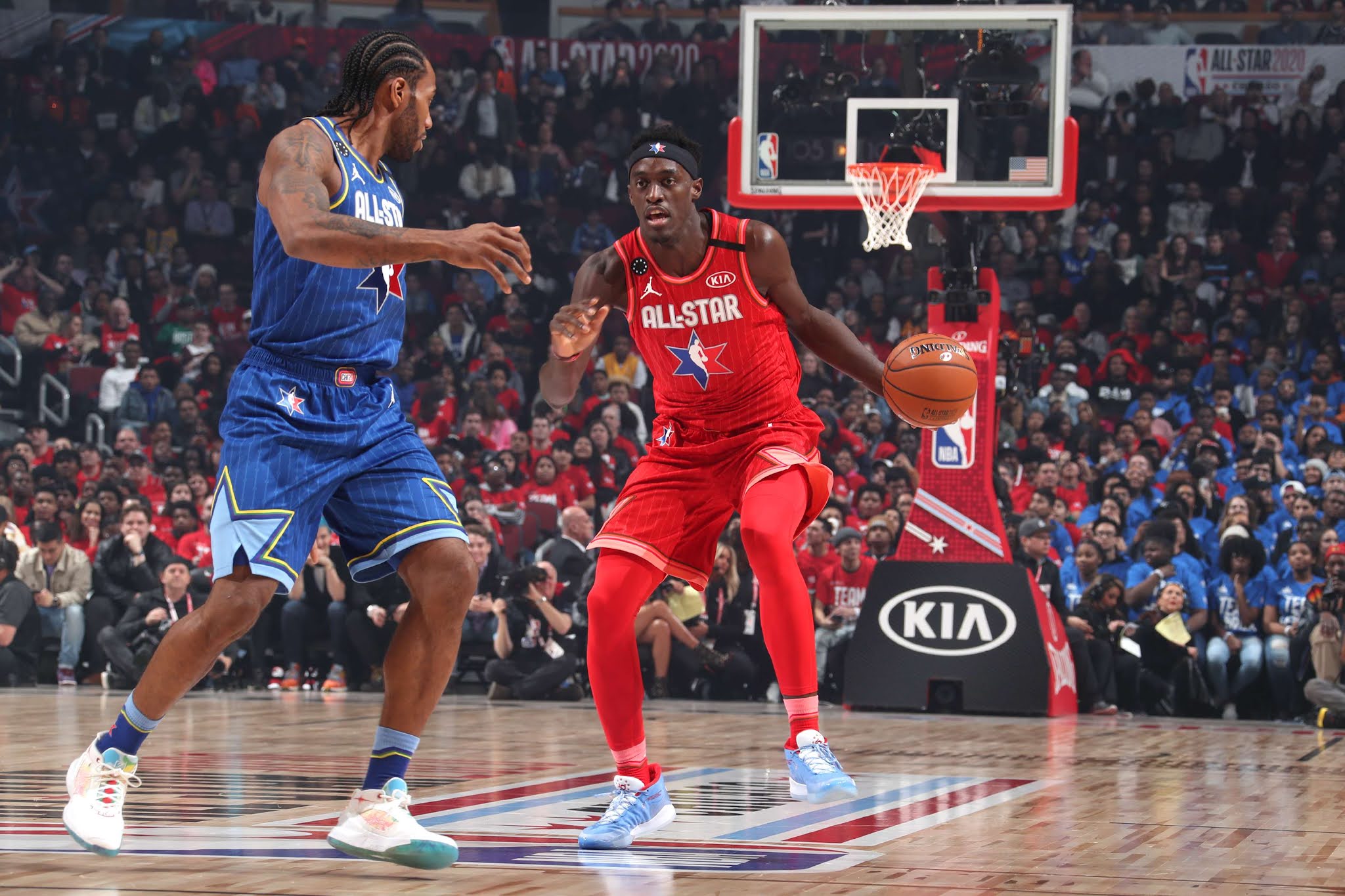 Bleacher Report's Grant Hughes proposed a Raptors/Celtics trade this Sunday which had Celtics Twitter abuzz yesterday. Raptors fans were 100% against it, while Celtics fans were mixed. This should have given you an idea that the deal was lopsided in the Celtics favor. And it was very much so.

Note that this wasn't a "rumor," but a writer's proposal. In the deal the Celtics would receive the 27 year old All-Star big man and veteran point guard Goran Dragic for Celtics point guard Marcus Smart, veteran Al Horford, and Romeo Langford.

If this trade was ever on the table, Brad Stevens would accept it in a nanosecond. Al Horford has been a great story for Boston this year, but due to his age he’s obviously not in the team's long term future. He is only on the Celtics because they needed to take his contract back for the Oklahoma City Thunder to accept Kemba Walker's max deal. While Horford could help a contender for sure, his contract makes a trade to one very difficult.

The Raptors are not a contender. They are currently on the outside looking in to the playoffs with a 11-13 record. If they traded Siakam it would be for a younger player who would go well with Barnes and Anunoby. The Raptors would have a hard time flipping Horford in a trade to a contender (again due to his contract) and if they were successful, their return would be minimal.

So Al's one piece that doesn't hold much value for Masai Ujiri and the Raptors. Romeo Langford has stepped up this year and proven to be a solid rotation piece, but he's averaging 4.8 points per game in his 3rd season. Hughes calls him "salary fodder."

I wouldn't go that low. I like Romeo. I think he'd be an intriguing piece for the Raptors. But at most I'd expect Ujiri to value him on the asset scale of a future late 1st round pick. He's a sweetener. Not a centerpiece for a recent All-NBA player.

Ime Udoka shouldn't have had to apologize for Payton Pritchard's success https://t.co/bv2SI9t4qq pic.twitter.com/34Swj7GGKz

And as much as Celtics fans love Marcus Smart and he's had a very good couple of weeks, there's no way any GM in the NBA or anyone outside of Boston Celtics fans would ever value him higher than Siakam.

If you are paid to talk about basketball and have a blue check mark on Twitter, but actually think Marcus Smart can be the centerpiece in a trade for an All-NBA player like Siakam, or Ben Simmons for that matter, you should have your privileges revoked.

And I've always been a fan of Smart's. I think he could be a good 6th man or 2nd guard on a championship team similar to Andre Iguodala on the Warriors a few years back. You want a player like that on your team. But he's no where in the league of a Simmons or Siakam, I don't care what green colored glasses you have on. And talk about prisoner of the moment. A year ago Simmons and Siakam were All-NBA players who were ranked up there with Tatum and above Jaylen Brown. Now due to a holdout and an injury they are borderline starter level? No chance.

Maybe if we were talking about a poorly run franchise like the Kings would I think this deal has any chance, but the Raptors have one of the best presidents of basketball operations in the business. Again, this is coming from someone that loves Horford and never wanted him to leave, been a Smart fan from Day 1, and stood by Romeo and is pleased with his progress.

But for the Raptors this trade would be like Boston trading Jaylen Brown for a 5th starter/6th man type, a veteran who wouldn’t' be part of our future, and a disappointing young player from a few years back. Celtics fans would burn the streets down.

If the Raptors become open to trade Siakam, you best believe they will want Jaylen Brown back in the deal. And if he's not, Time Lord and multiple 1st rounders will be included. The Celtics explored trading Smart the past two off-seasons and the most they were offered for him was one first rounder. He doesn't have the value elsewhere that Celtics fans think he does.

So have no fear Marcus Smart fans. There is no need to say silly things on Twitter about how this is a bad deal for the Celtics, because the Raptors would never do it.