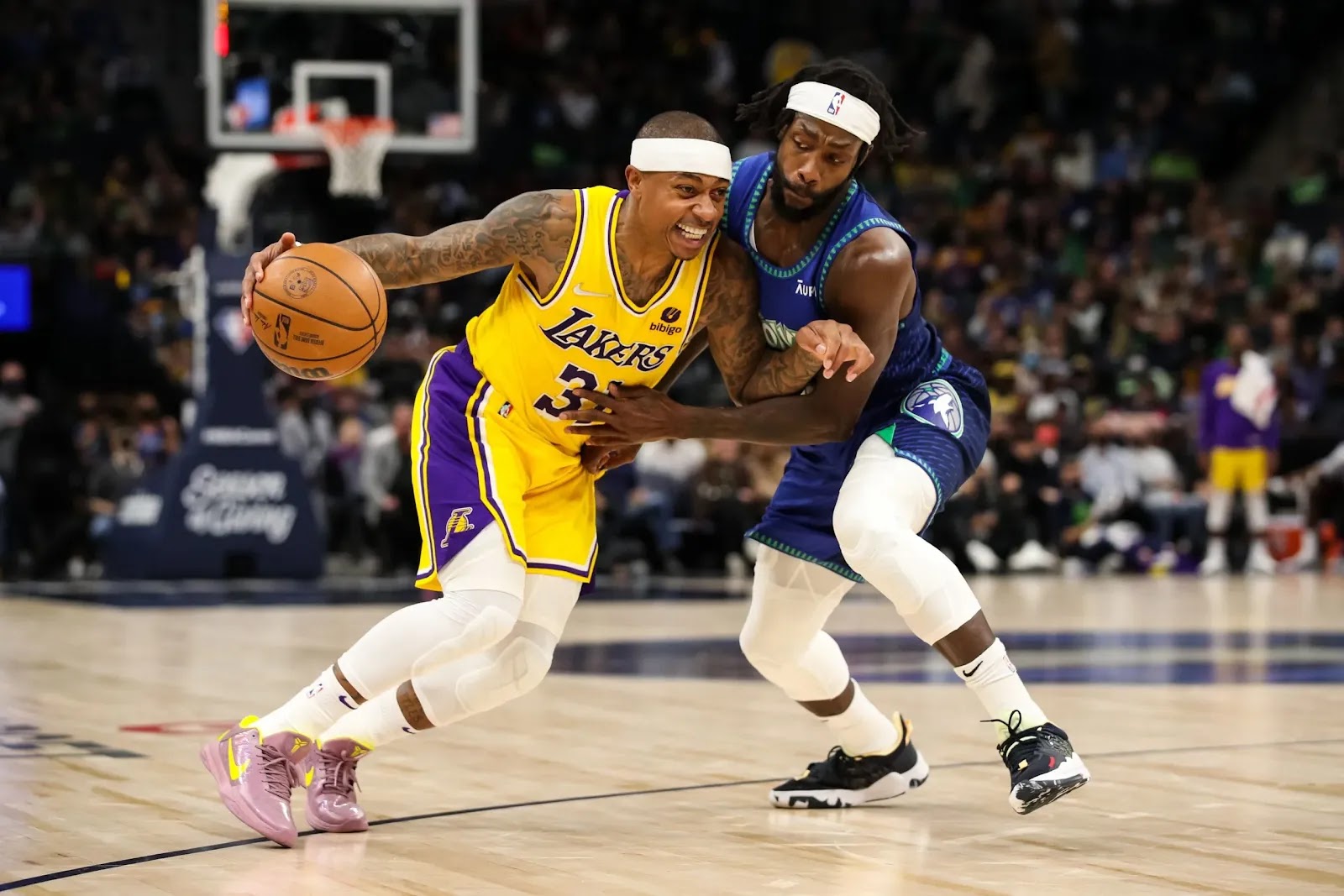 The Lakers today added yet another point guard to their roster in Darren Collison. By my count, Collison makes 20 point guards on their roster. And of course, LeBron has always been the de facto point guard on his teams. So while I'm sure Isaiah Thomas is extremely happy to be back in the NBA, it's not a major surprise that he hasn't excelled in Los Angeles.

The Lakers are a dumpster fire right now and you can't pin their 0-4 record during IT's tenure on the Celtics legend. He's a 10 day contract hardship signing. And Isaiah needs to have the ball in his hands to succeed. Sharing the court with dominant ball handlers like Russell Westbrook, LeBron James, and Rajon Rondo isn't going to maximize Thomas' talents.

Adding Collison to the mix will only further complicate matters. Thomas has averaged 9.3 points per game in 25.3 per game for the Lakers. Minutes haven't been an issue. It's who he's playing with. Still Thomas is only shooting 31% from the floor, 23% on 3's, and 73% from the line. For IT to have a role on an NBA team, you don't need him to have elite Celtics era Thomas' offensive numbers, but they have quite a bit above league average. That's of course because, as any objective NBA observer will tell you, IT's defensive metrics will be horrible.

In my opinion, IT's ideal role would be instant offense off the bench in the mold of a Jamal Crawford or Lou Williams. But for that to happen, Thomas needs to play with 4 guys on the floor that more resemble his old Celtics teammates, and not a bunch of ball handlers, poor outside shooters, and non stretch bigs like the Lakers employ.

Lakers doing a solid job getting back on defense though. 🙃

For the above reasons, it would almost be a blessing if the Lakers didn't retain Thomas past his 10 day contract. Thomas is not a great fit next to LeBron, as we previously saw during his Cleveland stint. LeBron and the Cavs had him traded at the deadline that year. Add Westbrook, Rondo, and Collison to the mix and I'm telling you, this might be the worst team for Thomas to be on.

Seems like a team like the Mavs would be a better fit. They have lacked alternate ball handlers to Luka Doncic. They have Brunson and that's about it. When those two are the bench, you could throw Isaiah out there as the offense.

Look, everyone is pulling for Thomas, that's for sure. But if you really want him to last in the NBA, getting out of L.A. would undoubtedly be a good thing. Just saying.