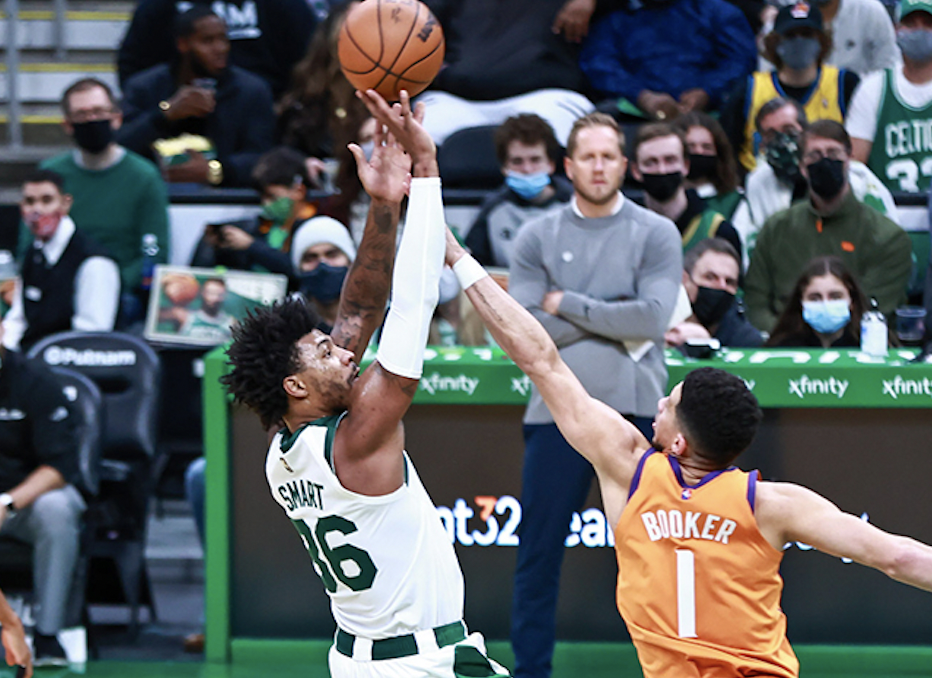 Seven of the eight Celtics who played for the green and white this afternoon scored in double digits as Boston bounced back from some brutal losses to win their New Year's Eve match-up versus the Suns. Phoenix was tied with the Warriors for the best record in the NBA coming into today.

Robert Williams collected a triple double for the Celtics in the win, while Jaylen Brown and Marcus Smart both finished with 24 points. Time Lord also added 5 blocks and according to radio play-by-play announcer Sean Grande he becomes the first Celtic in history to have a triple double and 5 blocks.

The Celtics improve to 17-19 on the season, while the Suns fall to 27-8. Boston will kick off the New Year hosting the Orlando Magic Sunday evening.

I predict if the Celtics can hang onto this 26 point lead, they will win all the rest of their games this year!#BleedGreen

Rob Williams just became the 9th player in NBA history to log a triple-double while shooting 100% from the field.

Josh Richardson shares his thoughts on today’s win and the big performances from his teammates. pic.twitter.com/TJgiLDUIxE

CLIMB ON MY BACK. I'LL CARRY US TODAY.

*First Celtic in team's history to achieve the feat. pic.twitter.com/TyH0GeYK0T