Jayson Tatum hit six 3-pointers on his way to 33 points and Dennis Schroder chipped in with 29 points of his own and Boston won their second straight game. The Thunder made the final score a bit closer than the game was in the 4th quarter, but the Celtics improved to 9-8 on the season.

Al Horford had a near triple double, Grant Williams did a solid job filling in for the injured Time Lord, and Marcus Smart collected 8 assists for the second straight night. Smart had 11 in the game prior.

Jayson Tatum reacts after our seventh win in the last 10 games, and his third straight game of 30 or more points. pic.twitter.com/0hRoFNbEiR

Ime Udoka said he thought the Celtics got “a little sloppy” near the end. He pointed out the Thunder have staged some big comebacks this season.

Ime Udoka says of tonight's win, "We knew it was a dangerous game … We turned the page pretty quickly last night and said it didn’t matter if we didn’t bring it again tonight."

The Celtics next host the Houston Rockets on Monday, owners of the league's worst record. 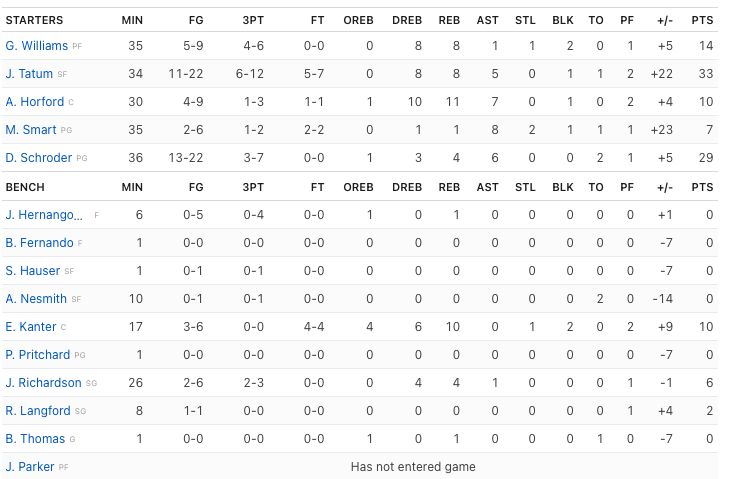