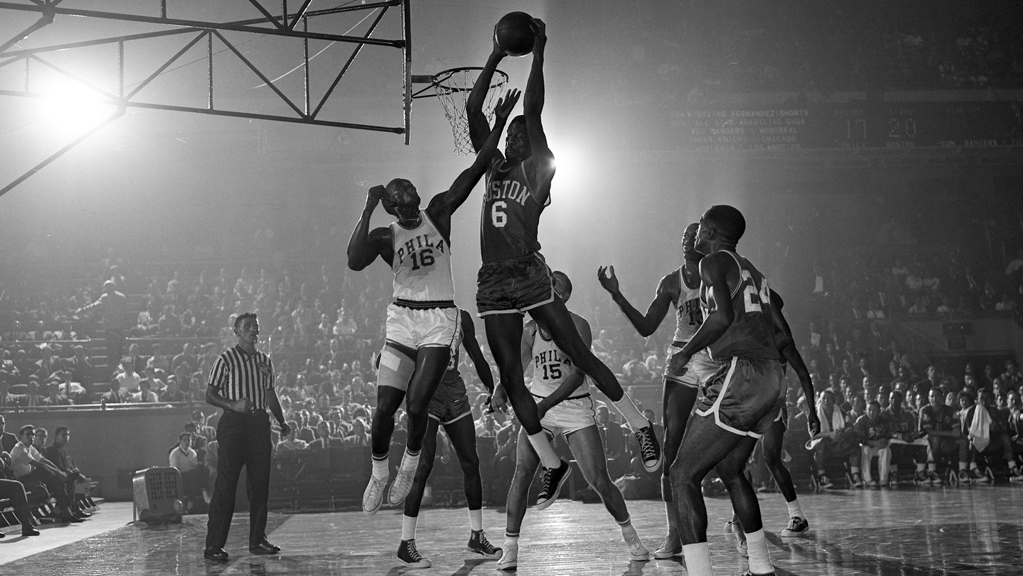 Through the GOAT’s first six NBA post-seasons, he’d competed in 67 Playoff games and snatched an astounding 1,775 rebounds (26-and-a-half per game). Through 13 playoff runs (165 games), that figure would surpass 4,000, giving No. 6 just a smidgen under 25 boards a game. 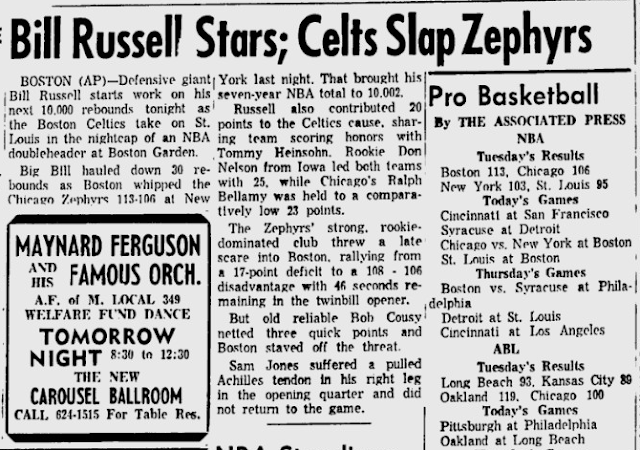 The 15th tip-off of his seventh season (Bill’s 430th career regular-season game) saw Mr. Russell become just the third player in league history to reach the 10,000 plateau in the matter of retrieving errant shots, an average of 23.3 rpg. 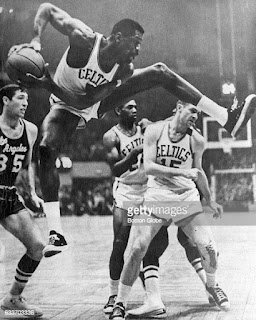 The Celtics faced off with the Chicago Zephyrs in the opener of an NBA doubleheader staged at Madison Square Garden, the fourth of a whopping 15 double-bills MSG would host during the Association’s 16th season of play … the second of seven “curtain-jerkers” on Boston’s ’62-63 slate of games. (Walter Brown’s “Gahden” would also play host to eight NBA doubleheaders that season, while the second-year Chicago outfit was scheduled as the opening act in no less than 10 NBA twin-bills.) 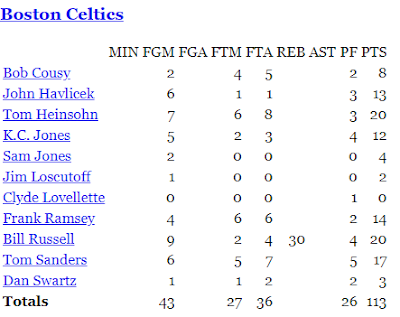 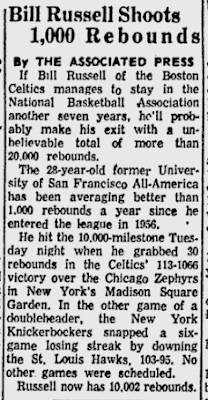 In the aftermath of Michael Jordan’s little habit of (as David Halberstam once put it) Playing for Keeps, the Windy City’s squad has become a franchise “with a history” … but ‘twas not always so.
When the Bulls were launched in 1966, it was the NBA’s second attempt that decade in an area rich in hoops tradition, but quite unsupportive of early pro ball. The Chicago Stags were an original BAA franchise and reached the 1947 Finals, defeating Red Auerbach’s powerhouse (49-11) Washington Capitols along the way. They also eliminated the pre-Auerbach Celtics the following season … but would never win another playoff game and folded two years later.
Even the old NBL’s Chicago American Gears ceased operations after winning the ’47 championship led by a local boy rookie fresh out of nearby DePaul … fella named Mikan.
The NBA took a second crack at Chicago in 1961 with the expansion Packers, who would play their second season as the “Zee’s” before shufflin’ off to Baltimore. 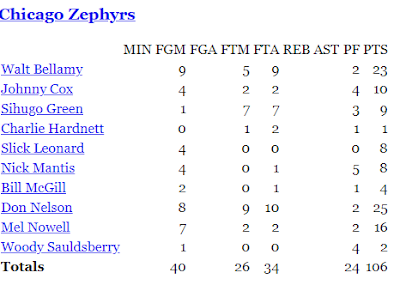 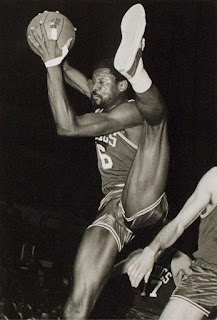 They say you can’t believe everything you read in the newspaper … and the accompanying “clips” help to reinforce the notion.
One not only gets the venue wrong … but also misidentifies the GOAT’s primary adversary for the evening. The other botched the mini-headline, completely misunderstanding the process by which a rebound is earned.
Future Celtic Don Nelson is properly identified as the game’s high-scorer. He’d be released following the season and then cut again two years later by the Lakers – before winning five titles in Green.
Abacus Revelation for the Road
Wilt Chamberlain would reach the 10,000-rebound milestone about two years later, requiring 33 fewer games than the GOAT to break the barrier – and winning five fewer rings in the process.
If the data at basketball-reference.com is reliable in this regard, Wilt reached the standard in his hometown against the 76ers on Nov. 10, 1964 … and his San Francisco Warriors played in Boston the very next night.
Accoutrements: Nashua (NH) Telegraph, Gettysburg (PA) Times, basketball-reference.com, michaelhamel.net
Related: Lies, Damned Lies and the Dead-Ball Rebound