In 1968-69 – for the second consecutive season – the National Basketball Association expanded by two franchises … and would add three more the following year. The eight-team league that entered the 1960’s would more than double in size by the close of that turbulent decade.
[NOTE: The rapid expansion was driven by two factors – the established league wished to gain a foothold in certain markets before the rival ABA could do so. But primarily, the “peddling” of franchises was becoming a new and much-needed stream of revenue for the established teams who were still “skating on thin ice” financially.]

Coach GOAT’s reigning-and-defendings broke well from the starting box in what would be his final season, winning 11 of their first 14 encounters – although exactly half their match-ups (including one loss to Seattle) were with the league’s four newest members. 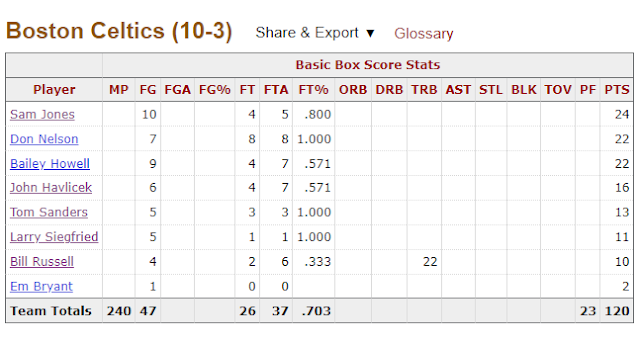 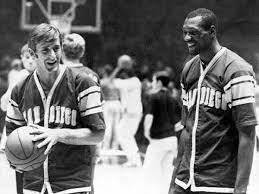 The second-year San Diego Rockets featured their much-heralded rookie Elvin Hayes. The No. 1 overall pick out of rural Louisiana by-way-of the University of Houston – his HOF coach Guy V. Lewis is an obscenely under-appreciated “Big Man” coach – was taking the NBA by storm averaging 29.9 points and 17.8 rebounds through 14 games. Only the GOAT had held him under 20 points (five days earlier in the Garden) and the precocious rookie failed to grab at least 10 rebounds only against a fella named Chamberlain … but he’d lit up the “Dipper” for 38 points in LA just the night before.
The Big “E” would go on to average 28 and 12 over a 16-year HOF career … alas his assist per-game average would reach as high as three in only one of those seasons. 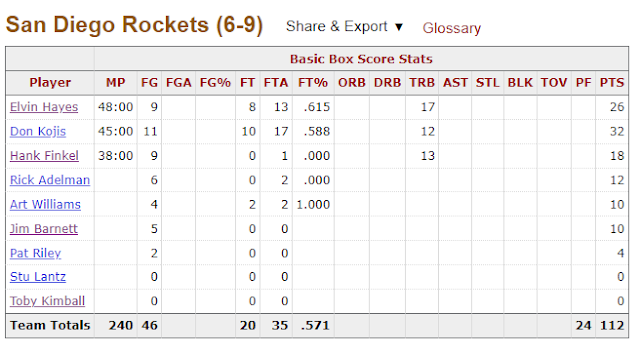 “High Henry” Finkel may have taken a stride or two towards his eventual relocation to Boston with his impressive numbers in this game. Future Celtic champion Art “Hambone” Williams made an appearance in this game, as did former C’s Toby Kimball and Jim Barnett.
It's weird that both Kimball and Barnett (the long-time colorman for GSW broadcasts) played in Boston only during the 1966-67 season. That means Toby and JB are the only guys who suited up for the Boston Celtics during the 1960’s who were NOT a member of a Celtic championship squad.
Accoutrements: Getty images, basketball-reference.com, michaelhamel.net