What the Hell Happened to...Art Williams? 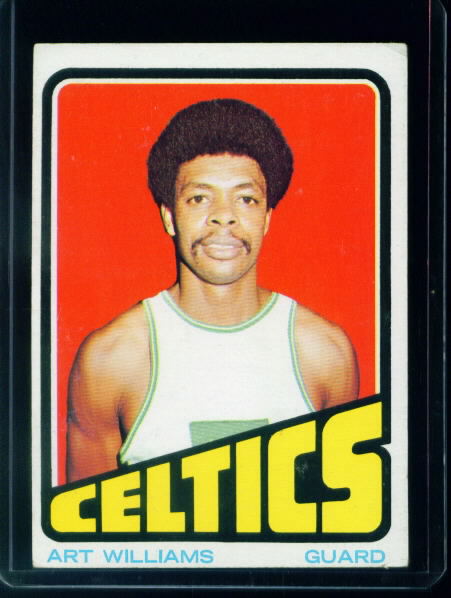 Imagine being 27 years old, married and making $100 a week.  You work at the Convair Shipping Department in San Diego, a dead-end job.  And then just two years later, being in the NBA?  This wasn't a dream, but the reality for this week's WTHHT player, Art "Hambone" Williams.

After graduating from high school, Art spent one year at Cal Polytech Pomona, quit and got married.  The next 5 years were filled with Art working at different factories, day-dreaming about the NBA.  That was until Arnie Risen (NBA Hall of Famer; plus Risen would've likely gotten a WTHHT for him if he didn't make the HOF; otherwise, Artis Gilmore's claim as the only HOF WTHHT is in jeopardy) contacted Art and told him to give a tryout at the San Diego Rockets training camp.  There was no looking back for Art.

As a 28 year old rookie he'd make the team and finish 6th in the league in assists, teaming with Elvin Hayes.  But after 3 seasons, Art would get his big brake: traded to the Celtics for a 1971 5th round pick.  Speed was Art's thing, which would make sense he'd flourish under a Tommy Heinsohn-coached team, because of the latter's propensity for utilizing the running game.  Art remembers fondly:

I could outrun John Havlicek, and he was fast.  I was the fastest guy on the team.  There was great respect for every player on the Celtics.  The difference between the Celtics and Rockets at the time was night and day.

Art would win a title with the Celtics in 1974 at age 34.  He'd appear in 12 games in the playoffs that year during their run, average 8 minutes per contest.  After that year the Celtics released him, and he'd play 7 games with the San Diego Conquistadors of the ABA.  His basketball journey was over.

In this segment we've had a Bimbo and a Blue, but certainly no Hambone.  As for the nickname Art explains:


“My first day of junior high (Memorial), somebody hollered “Hambone!” and I turned around.”  “I’ve been Hambone ever since.”

Is this really how it began?  Why was someone yelling "Hambone" to begin with?  Was the person being loud or ostentatious?  If so, I'd imagine a whole bunch of people would've turned around to see why someone was yelling that. 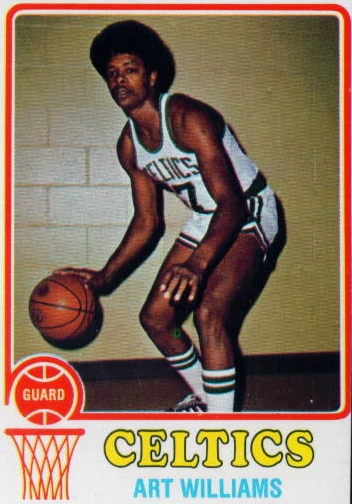 Anyways today Hambone lives in National City, CA (near San Diego).  He has a son named Tyree.  He actually walks with a cane.  As for how his post-playing career unfolded,


"I bought a home after we won the title in Boston, and when I got back here my wife divorced me in two weeks. I’ve had some hard times since then, some tough personal problems I’d rather not get into. But I’m not a sickly person. I have arthritis, that’s it. I like to cook."

“When I turned 45, I started taking my retirement from the NBA. It’s enough. I get Social Security. I haven’t had to work. I did some odd things, here and there, cutting trees. I had a little bit of savings. I’m doing OK. I did what I had to do. I’ve kept my head up. A lot of people go off the deep end, but I had a good raising in Texas. I had six sisters and four brothers. My mom was supermom. Nobody messed with her.”


“I sit there now and think I could be a millionaire. I look at players acting the fool. I don’t think anybody in sports should be married before they get out. There are too many temptations. It’s not a good job, man, being married and playing sports. They don’t know how to handle it.”

Addendum 10/30/12**** An amazing story about Art's generosity has come to our attention! 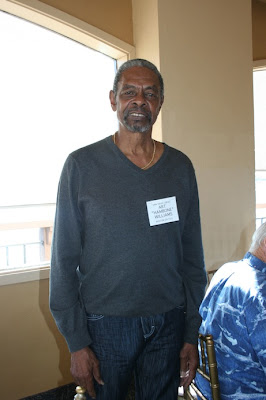 Philip Levine, 50, now a successful real estate developer and cruise ship entrepreneur who had lost track of his old friend for four decades, flew Williams in for the game — first class — and put the former NBA player up at The Four Seasons Hotel, where the Celtics are staying.

Levine was 8 years old and living in Brookline, Mass., when he first met Williams, a speedy 6-1 guard. Levine, who lived with his single mother and his sister, was Williams’ neighbor.
“I didn’t know he was a basketball player,” Levine said. “I just knew he was tall, and when I was outside playing stickball, he would throw me the ball. He was just a nice guy.”
Williams, who has six sisters and four brothers, said he has always loved kids and invited Levine to a Celtics game. Williams picked Levine up two hours before game time, and they drove to the Boston Garden.
Levine went to the locker room, where he met Celtics stars such as John Havlicek and Dave Cowens, both of whom are now in the Hall of Fame.
“I turned Philip loose and said: ‘Go ahead and say something to the guys,’” Williams said. “His eyes got real big.”
When it was time for the opening tip, Williams had a courtside seat reserved for Levine.
A few years later, Levine wrote a school report about his experience, calling it “the best day of my life.”  He got an “A” on his school report on Williams and has never forgotten his friend’s kind gesture and set out to find him recently. Once he did, he sent Williams a 60-inch flat screen TV so he can watch NBA games in style from his home.
“What Art did for me 42 years ago was great because he wasn’t looking for publicity,” Levine said. “He was just doing something nice for a poor kid with a single mom.
“I hope more of today’s NBA players see that and can follow Art’s example.”