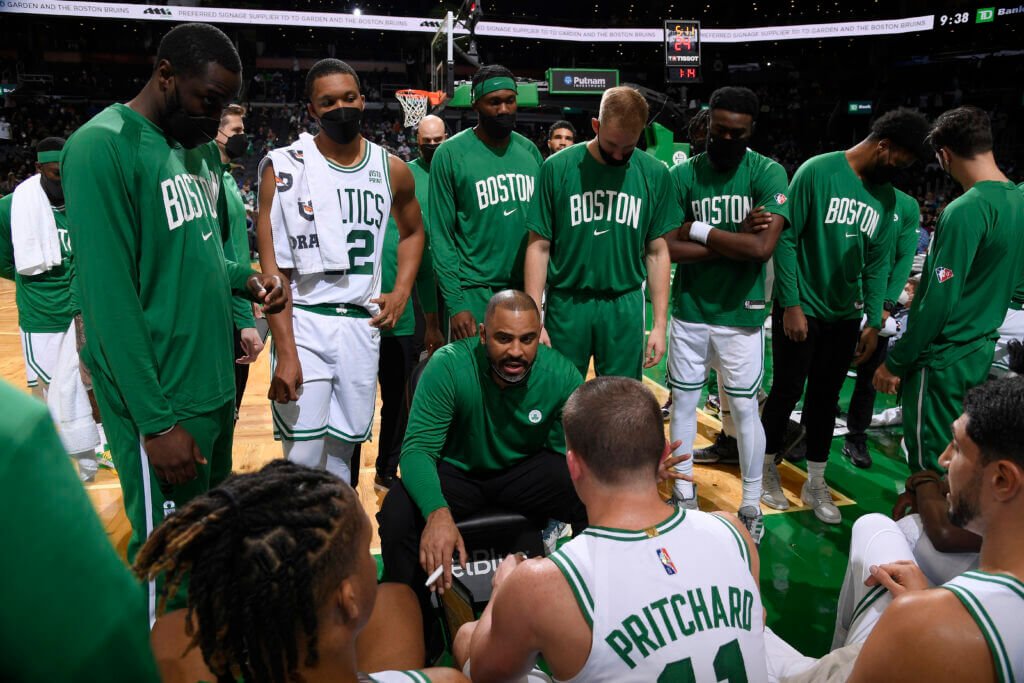 Ime Udoka seemed excited to name a couple captains for the Celtics in the preseason, but then we never heard an announcement. Fans and media guessed he's name Marcus Smart and Al Horford, but I'm sure Smart's suspension for missing a team flight didn't help the matter. Udoka finally spoke again today on the captaincy and announced there won't be any after all.

Ime Udoka has decided against captains: "That's probably in the rear view at this point." Said the combo of Tatum/Brown/Horford/Smart all lead in their own ways.

You can feel free to make what ever guesses you like on why Udoka changed course, but the Smart and Horford picks always had their hurdles. Typically your best player is one of the captains, so it would be odd not to have Tatum as one. But if you make Tatum a captain, then would Jaylen feel left out. Especially if it was Marcus and Jayson.

Everyone seemed to want Smart to be a captain, but do you really want your most volatile player having that role. When a player like Jaylen needs to reign Marcus in (like he did during the Eastern Conference Semi Finals in 2020), not sure how well that would work if Smart played the captain card.

In the end I think Udoka realized the captaincy would likely cause more issues than good and made the right call to scrap it. I think there is still a chemistry issue among the Tatum, Jaylen, and Smart trio and something will eventually have to give.

Ideally Tatum improves as a playmaker and leader and he becomes the de facto captain. At the end of the day, it's always easier to lead if you're known for enjoying seeing your teammates score if not more than at least as much as when you do. Ironically Smart brought up something along these lines, but unfortunately said it to the media, as opposed ton just behind closed doors.

The Celtics have some maturing and growing to do for sure. I will say that Al Horford has been a great addition (re-addition) to the team both on the floor and in the locker room.