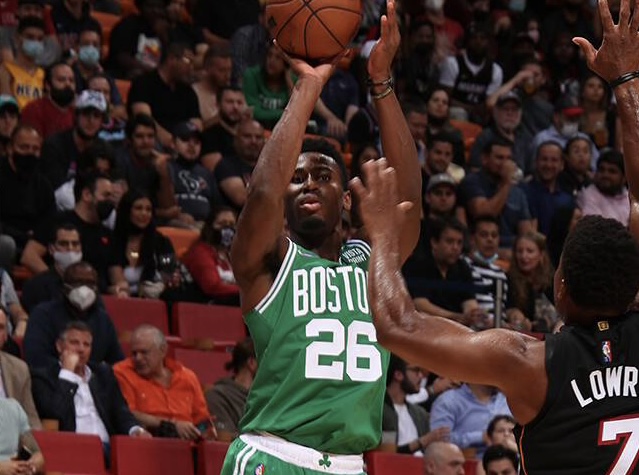 The Celtics used a great second quarter to take a 18 point lead into the half against the Heat who were boasting the NBA's best record and behind a very balanced team effort both offensively and defensively defeated Miami by 17 points.

Jaylen Brown led the Celtics in scoring with 17 points, while the bench trio of Dennis Scroder, Aaron Nesmith, and Romeo Langford combined for 39 of their own. The win, which was the team's most impressive of the young season, completes the Florida sweep and improves Boston's record to 4-5. They will now head to Dallas to take on Luka Doncic and the Mavs on Saturday.

About the only negative was that tonight wasn't the night that Jayson Tatum snapped out of his shooting slump. He finished the night with just 10 points on 3 for 13 shooting. But just like last night, credit to Jayson for the discipline to not shoot as much when struggling and instead trust his teammates.

Not trying to say I called it, but kind of did...

And the Celtics defense has been tremendous since the players only meeting/ not meeting/ dinner/ whatever. 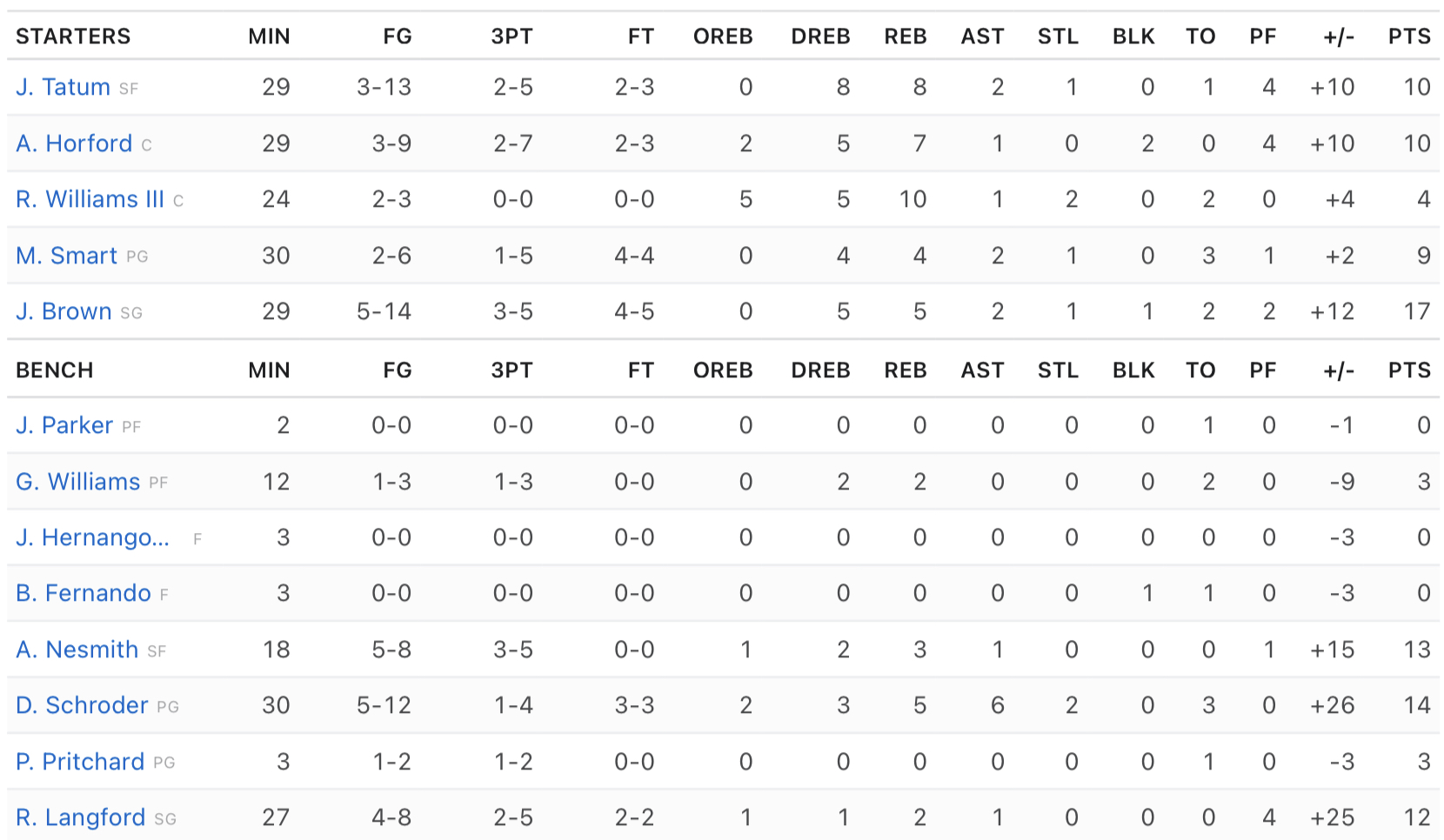