The Celtics won their second straight preseason game in the closing minute. Jayson Tatum led the way with 20 points, 9 rebounds, and 7 assists. Al Horford chipped in with 16 points (4 from 4 on 3-pointers), while Romeo Langford starting for Jaylen Brown added 13.

Grant Williams became a hero of the night with a key block at the end of the game. He fonished with 12 points on the night as well.

Grant got up for a big block in tonight's @jetblue Play of the Game. pic.twitter.com/cmBbwWOnQz

Ime Udoka went with the double big line-up to start the game. As a team, Boston racked up an impressive 29 assists.

Al Horford talks about his chemistry with Jayson Tatum and Tatum's progression in passing out of the post 🙌☘️🏀 pic.twitter.com/QoiHUvk9Sc

Ime Udoka talks about the Celtics' growth and progression as a unit after another win for Boston ☘️🏀 pic.twitter.com/XaBDBJkr54 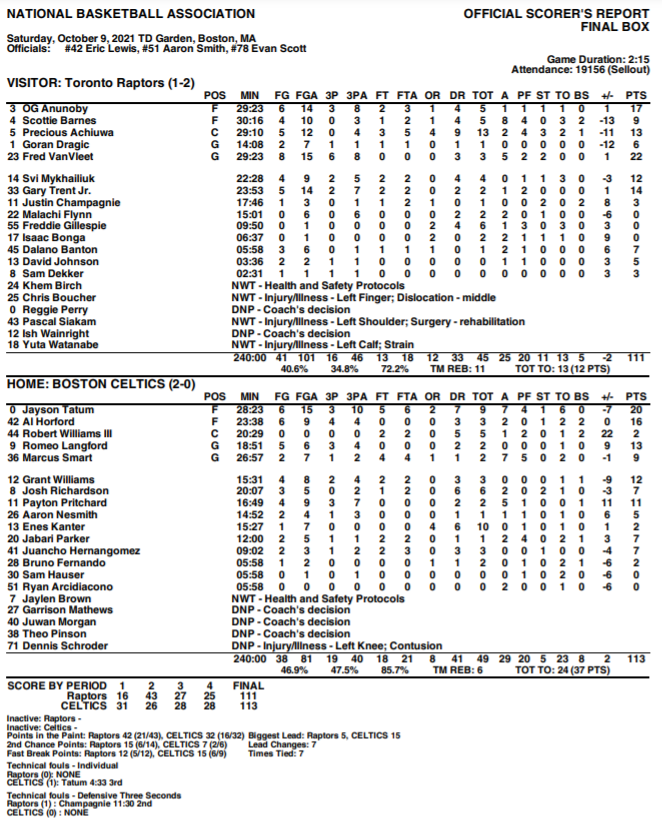