Past Forward: The Spark Plug

Back in 2012, we ran a special photo gallery we called the Generations Series, where we imagined past Celtics greats imparting their championship learnings to the current edition.  Now, almost a decade later, we've put together some new imaginings with the 2021-22 C's in the new series we're calling, Past Forward.
Starting this series off, new Celtic Dennis Schrӧder appears enraptured by the Houdini of the Hardwood, Bob Cousy.  The newly-minted employee #71 could take a page or two out of Cousy's bag of tricks to spark the C's offense, and bring that championship feeling of the Past, Forward.  Just maybe keep those shiny, short shorts back in the past.  :-) 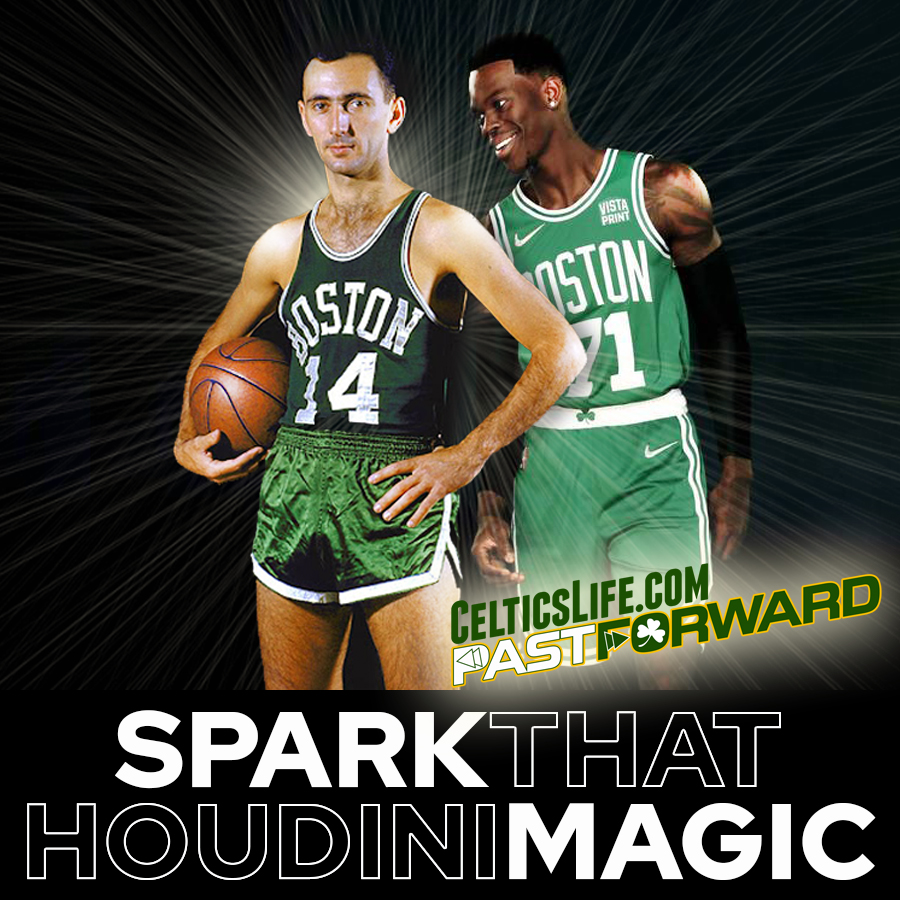