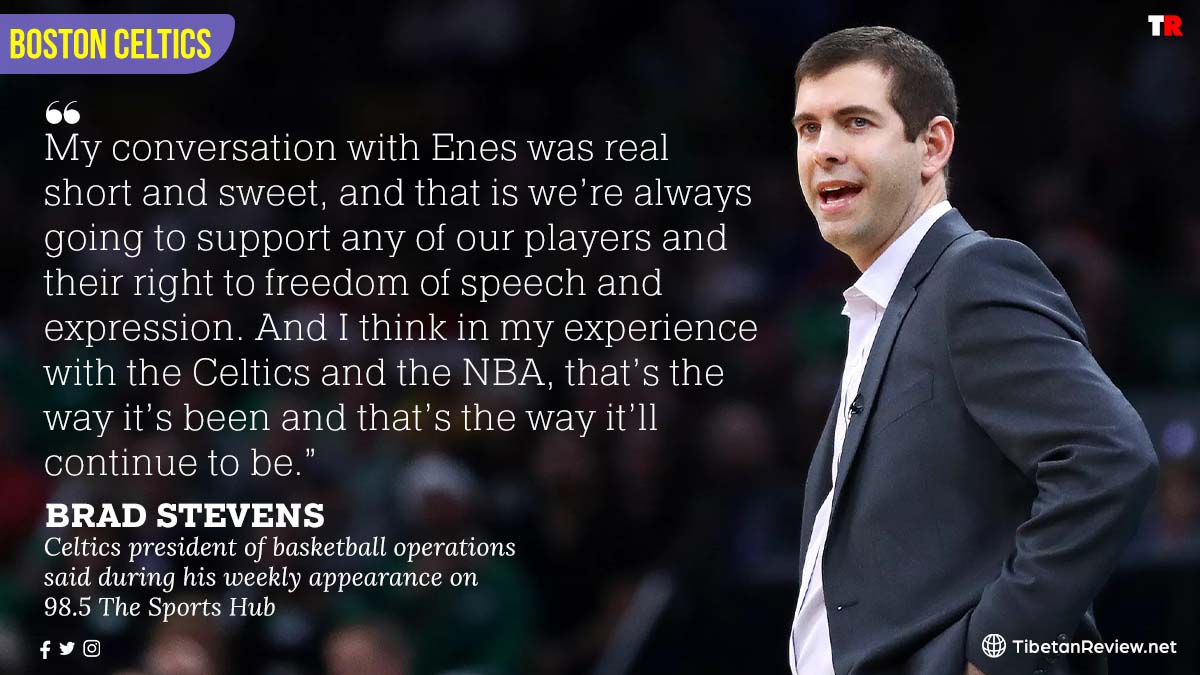 Sorry I missed this Brad Stevens interview, but while most of the NBA has remained hush after Enes Kanter called out China, the new Celtics head of basketball operations says he supports the center.

A cynical person might claim that Stevens said it in a politically subtle way, so as not to piss off the Chinese government and irritate the NBA. The Celtics say they support Kanter's right to "expression" and "free speech" which is different than saying they support his human rights views. There is a difference.

China has already pulled Celtics games off their television airways following Kanter's comments on human rights violations in Tibet. I can't blame Stevens for not wanting to get caught in the crosshairs here, but it would have been impressive he gave a stronger statement of support.