A Kyrie Irving conspiracy theory on his current situation 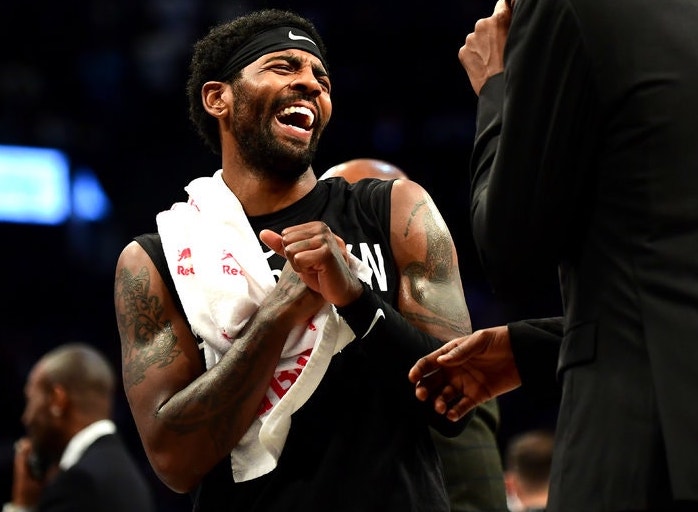 Ok, 85% of Celtics fans (at least on Twitter) said you wanted it, so here's a conspiracy theory for the man known for believing in a Flat Earth, Mr Kyrie Irving. The Brooklyn Nets have announced that Irving won't participate in practices or away games while he remains prohibited from playing in home game due to being in violation of the NBA's and NBAPA's COVID-19 Health and Safety Protocols.

Has Kyrie Irving been vaccinated? Who knows? People assume he hasn't, since on media day he said he didn't want to discuss it. Why you ask would Kyrie be vaccinated, but not disclose it? Why does Kyrie do anything? He's a contrarian. He loves to puppet master the media. He doesn't like to be told what to do. He doesn't want to be put in a box. My guess is he isn't vaccinated, but in regards to this conspiracy theory (That you asked for!) it doesn't matter.

Kyrie Irving doesn't enjoy being an NBA basketball player. He llikes playing basketball. He likes his teammates. He likes getting paid, but being an NBA player is not something he enjoys. He's talked about players forming their own league. Problem is the pay. He'd never make as much. So why would he sacrifice over $350,000 per missed home game? Well what if he wasn't sacrificing any money? What if right now he was promised by some anti-vax group that they'd just pick up the tab for the docked home games? Not saying this is likely, but is it plausible? Sure, politics is a dirty business and getting vaccinated somehow became political. 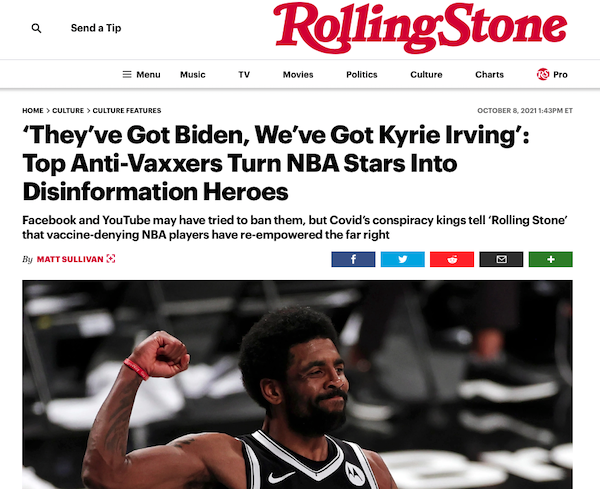 I don't trust really anything politicians from either party say, because at the end of the day if their voters changed their views, so would they. We've seen 100's of millions thrown into senate races. Do I think some anti-vax group would be willing and able financially to cover Kyrie Irving's $350K paycheck once or twice a week? Sure. is it likely? No. But again, for a man who doesn't like being in the NBA, Irving is now set to make $18 million just to stay home this season, even if he's docked salary for every missed home game. He doesn't even have to practice or be with the team.

Irving will make $18 million for doing nothing. And what about that lost $15 million (off his $33 million salary)? I think we saw with Colin Kaepernick that there is a lot of money to be made off the field if you become famous enough over a cause. Irving previously wanted NBA players to boycott the 2020 Bubble playoffs due to racial injustice. Of course he and Kevin Durant were out for the rest of the season when he did that and players didn't go along with him. 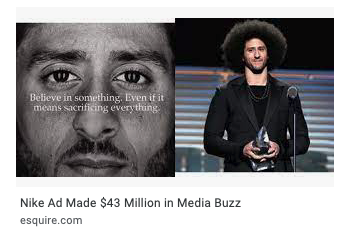 Kyrie Irving isn't an unintelligent man. He masterfully played the Boston and national media this past spring by turning his return to the TD Garden from a Ray Allen/ Johnny Damon/Roger Clemens "the villain returns" to a reckoning on Boston and racism? Previously Irving had said he's never witnessed or experienced racism in Boston as a member of the rival Cavs or as a Celtic, but when it was time for Game 3 in Boston, all of a sudden the TD Garden was just a cest pool of racists in Kyrie's eyes. Again he played the media like a puppet master.

So you might think Irving is choosing $18 million to stay home, instead of $33 million to play, but at the end of the day, don't be surprised if Irving's bank account shows quite a bit more that $18 million added by season's end. He's a story right now and powerful people want to use him as their martyr. He could very well get compensated handsomely for that.