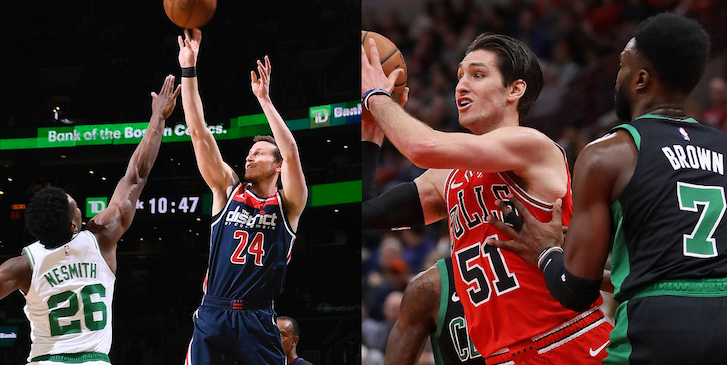 Brad Stevens has added two more players with some NBA experience to the Celtics' roster, the training camp one at least. Yesterday it was announced that former Chicago Bull Ryan Arcidiacono received a training camp deal. Today comes the news that former Washington Wizard Garrison Mathews is signing a one-year, non-guaranteed contract. Neither contract sounds like anything close to a sure thing. I will now attempt to look-up which is actually slightly better.

Free agent guard Ryan Arcidiacono has agreed to a training camp deal with the Boston Celtics, sources tell @TheAthletic @Stadium. Arcidiacono, who spent his first four NBA seasons in Chicago, worked out for the Warriors this week.

Between Smart and Arcidiacono, Schroder better have a tight handle on fast breaks during Celtics training camp. pic.twitter.com/uNUCvKb3uS

Here's a couple videos of the new guys by Timi, as well as a third one on training camp invitee Theo Pinson: