Three of the past four Celtics 1st rounders played this Summer League. The goal was for them to each show they were too good for Summer League, which would have been a solid sign they will have very solid NBA seasons this coming year. Check out there best plays of the summer highlight videos courtesy of Tomasz Kordylewski in this post.

Point guard Payton Pritchard did just that in the 3 scheduled games he played in (Afternoon Delight: Last night's game never happened). Pritchard made the All-Summer League First Team for his efforts. 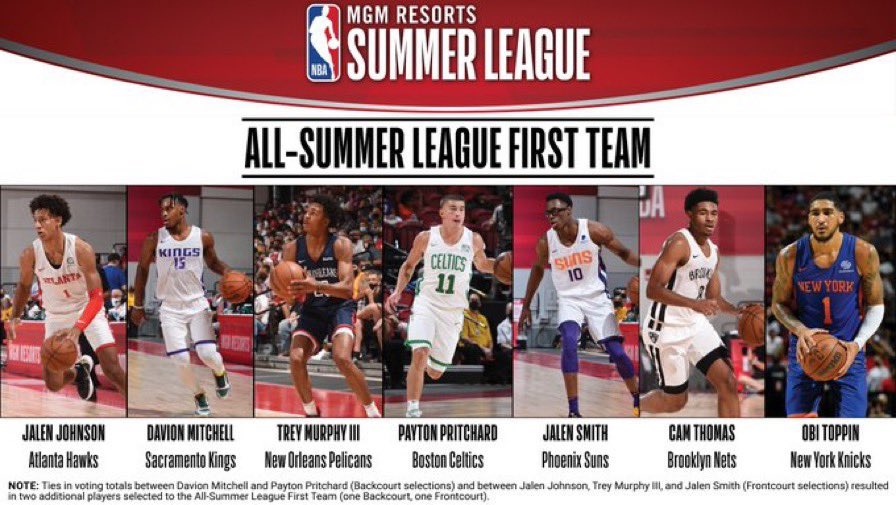 Romeo Langford and Aaron Nesmith both had their moments, but overall neither were stars. Maybe that was a high bar for them to be asked to reach (Both are younger than Pritchard), but other younger NBA players younger than them had more success, so I think it was fair. Mind you, neither had "bad" Summer League performances. We're not talking Guerschon Yabusele here, but the Celtics need some of their recent draft picks to take things to the next level this coming season.

Based on the current roster, Boston got a lot better defensively, but lost a lot of 3-point shooting with the departures of Kemba Walker and Evan Fournier. My hope is that Prithchard and Nesmith can both play around 25 minutes per game this coming season and provide the necessary 3-point shooting to keep defenses honest. Tatum, Brown, Smart, Schroder, and Richardson will need this in order for them to have the most success on drives to the hoop.