Kemba Walker bought out by OKC, signs with Knicks for $8 million; Fournier deal confirmed to be for just 3 years 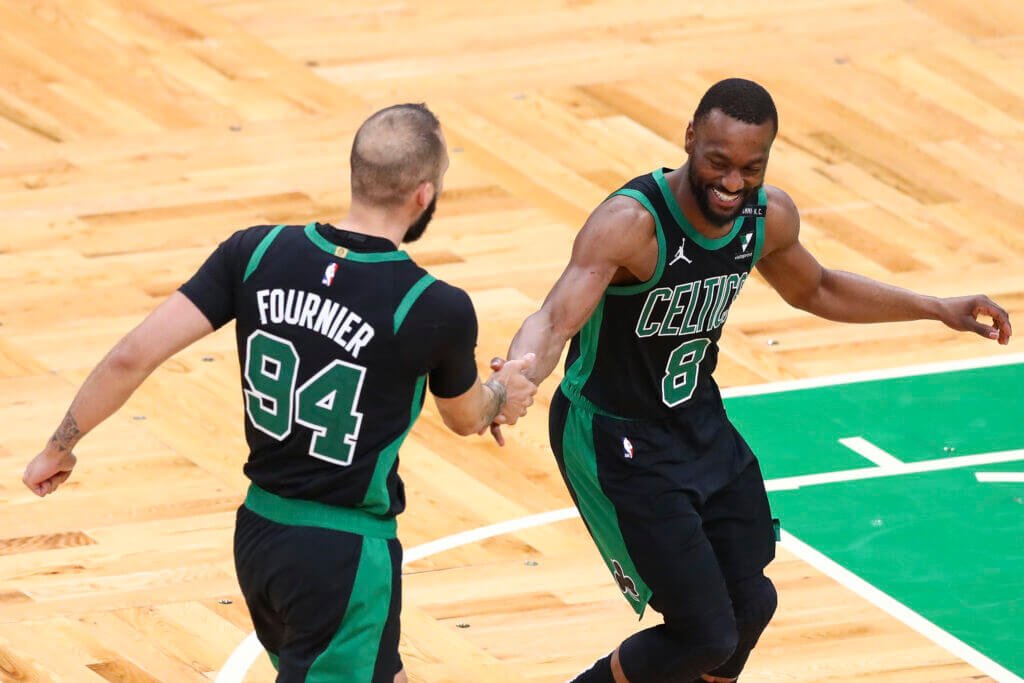 Somehow the Knicks are doing smart things, and I don't like it.

Knicks getting all these guys to give them team options is quite a coup for them.

Kemba Walker's biggest issue in Boston wasn't his play, it was that his play wasn't worth his max contract. There was always a number that would have made sense for a team where walker would go back to being as asset on your team. People speculated it was around $20 mil or mid to high teens. Turns out to go back home to New York City, Walker will cost the Knicks only about $8 million. If Kemba plays anywhere close to the level he played to round out this past regular season, that's a steal for the Knicks.

Also it turns out that the Knicks spending spree the first night of free agency wasn't as crazy as some wanted to believe. All these players have the team friendly "team options" on their final years. Reminder a two year contract with a team option on the second season is better for the team (and fans) than a straight one year deal. While a "player option" is much worse for the team (and their fans).

While the rest of the contracts for the Knicks are essentially expiring contracts with the Knicks having the potential to make them two year stays, Fournier's contract is actually a three year contract and not the four year contract that the media reported. It's disingenuous to call it a 4 year $78 million dollar deal, when the fourth year for $20 mil or so will only be exercised by the Knicks if they choose to in 3 years. If Fournier isn't worth that final year, the Knicks don't have to pay him.

All contracts should be reported like this. This is a much wiser deal for PHX makes sense.

Another example. If it’s true Fournier’s NY contract has a team option it should really be reported as Knicks sign Fournier for 3/56 & hold 4th yr option. 4/78 is misleading https://t.co/ujX5EFN6FP

In a similar vain, when Hayward and Horford signed reported 4 year deals with Boston they were really 3 year deals with player options on the 4th years. The only reason Hayward or Horford would opt in to those 4th and final years is if they fell off a cliff talent wise (or had a career ending injury). Tatum's new 5 year extension is really a 4 year deal with a player option on the 5th year. Again Tatum will only pick up the 5th year option if something horrible happens to him. It's insurance negotiated in by his agent.

So if Fournier was willing to accept 3/56 (or so) from the Knicks for a 3 year deal with a 4th year TEAM option (which is worse for him than a straight 3 year deal), it begs the question if the Celtics made the right call in letting him walk for nothing?

The Celtics want to have cap space open next offseason, but at that point Fournier's deal would have only about 2 years and $37 total on it guaranteed. Seems like a contract that wouldn't be hard to move. Add in the fact he told Gary Washburn, his first choice was definitely to re-sign with Boston, and that number likely could have been negotiated at least a bit lower.

So again, was it wise to let Fournier walk on what looks like a market rate deal to team friendly one for the 20 point scorer? Also if you dream of a Bradley Beal addition to the Celtics, Fournier would be both a quality asset and contract to add in a trade. The odds of the Wizards just playing out the season and letting Beal walk for nothing are slim.

A more likely outcome is they finally re-sign themselves to the fact he's likely walking and trade him to the 76ers or Warriors. A Simmons/Beal trade would make Philly mighty good. And if Beal finally experiences winning, won't he just re-sign there with Doc, Embiid, Tobias, etc?

Also unknown is how much Kemba Walker have back to the Thunder in his buyout. The number will determine whether the Celtics made a foolish trade with the Thunder, a solid one, or one that seems pretty fair. I wrote a couple months ago (prior to the Horford trade) that the Celtics options weren't simply attach a 1st rounder to dump Kemba's contract or be stuck with him. A buyout was always a very realistic option. Again depending on what Kemba gave back, will determine if Stevens made a wise move or not. Horford though still a good player was a bad contract for the Thunder and if the Celtics wanted him they could have always acquired him. The deal was we'll trade you our bad contract for your worse one if you cough in pick 16.

So a lot of questions still to be answered.sign with Boston, and that number likely could have been negotiated at least a bit lower.