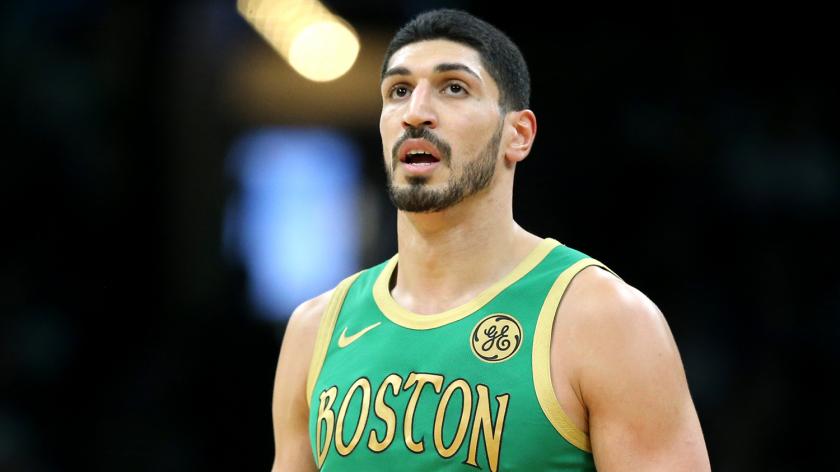 Hearing that Kanter will be signing a minimum deal, and that "that there are still three or four balls still in the air," though nothing major.

EK called this last night. According to Jared Weiss, the Enes Kanter contract may be part of the MLE as opposed to Murphy's earlier vet minimum tweet. While many Celtics fans will be glad to have the jovial Kanter back in green, the signing presents some challenges for the Celtics.

With our starting backcourt in Kemba Walker and Evan Fournier taking their talents to New York and with Boston acquiring Josh Richardson and Dunn to replace them the Celtics went from solid spacing to very poor spacing. The Celtics already have one big in Time Lord who doesn't space the floor, so I expected the Celtics would sign a stretch big as their 3rd guy.

This likely means Dunn isn't staying in Boston. To get the most out of Richardson, you want a point guard on the floor who can shoot like Pritchard and a center who can stretch the floor as well like Horford. Dunn and Kanter definitely wouldn't work for Richardson.

There's also the fit with the Jay's. The next step in their development is playmaking. You want players on the floor that when Tatum or Brown drives they can kick the ball to on the 3 point line.

Again, nothing against Kanter. He seems like a solid locker room guy and can put up regular season numbers, but if your 3rd big wasn't going to be a stretch guy then maybe the Celtics should have just given Moses Brown a try? Either the Celtics really never liked Brown or... at this point who knows what they are thinking?

Kanter will also be a great mentor for fellow Turkish center Alperen Sengun who the Celtics selected at #16 in the draft… oh wait. (Delete this tweet!)

Givony on #16 pick: "Alperen Sengun has a chance to be rookie of the year" https://t.co/ODy4DVhWoV