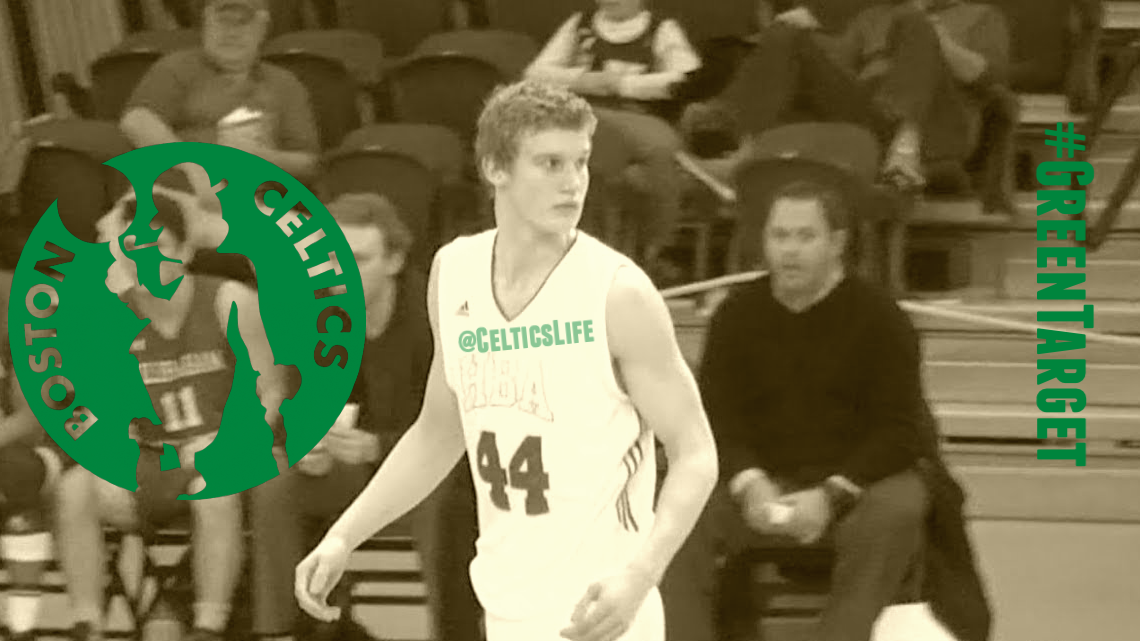 We did a Green Target on Lauri Markkanen nine days ago, so similar to when Josh Richardson was traded to the Celtics three days after his Green Target, it's easier if you just read what we wrote prior on Lauri and why he'd be a solid addition to the Celtics.

According to Bleacher Report's Jake Fischer, the Celtics are one of four teams pursuing a sign-and-trade with the Bulls for Markkanen currently.

Each team that has inquired about Markkanen would have to now add him via sign-and-trade, as cap space has dwindled across the league. Dallas, New Orleans, Boston, and Minnesota have all shown interest in signing Markkanen to deals worth around $15 million in average annual value, sources said, but the Bulls are seeking a first-round pick in exchange for helping facilitate the transaction. Additionally, Chicago brass are requiring Markkanen's new team to find a third trade partner to take on the outgoing salary needed to create space for Markkanen's contract.

For a third team to take on unwanted salary, this hypothetical front office would also ask for draft-pick compensation. So any team that wants to add Markkanen now would have to send a first-round pick to Chicago and likely another first or two second-rounders elsewhere. It's a clear roadblock the Bulls seem to have intentionally created.

Similar to the report that Boston offered Marcus Smart a four year contract, the Celtics wouldn't be adding Lauri just on a one year deal. They's be acquiring him on a multi year deal for a reported $15 million per. And before you say, "But what about max cap space for Bradley Beal?" remember that the odds of the Wizards letting Beal play out his contract and walk for nothing are slim.

Beal is more likely to be traded prior to the in-season trade deadline or re-sign for the absolute max fiver year deal with the Wizards. Even if he made it to free agency, a sign-and-trade then is more likely than Boston fitting a max contract into their cap space.

I've speculated that I could see Beal doing what Paul George did which is take the money and re-sign with his team (In George's case the Thunder) with the agreement that if things aren't working out Washington would trade him. Beal gets the max money and the Wizards don't lose him for nothing.

For Boston to sign Beal with cap space, they'd have to let Marcus Smart and/or Time Lord go and trade an asset to dump the final year on Al Horford's contract. A sign-and-trade would allow Boston to keep players like Smart... or Lauri Markkanen. There is also a strong potential one or both could be headed to the Wizards in a sign-and-trade.

Or why limit ourselves to Beal? If Lauri regains the game he showed as a teenager his first two seasons, he could be a centerpiece in a Damian Lillard trade. That's just one example. The Kings have three young point guards. Maybe Stevens swaps Lauri for one of them? Again its a good thing to have good players on multi-year deals as long as they aren't overpaid. You either keep them as part of your team or they are solid trade assets.

Fischer gives the Bulls props for being rather ruthless in brokering a three team sign-and-trade. Props to Chicago on finally hiring competent management after all these Gar/Pax years. And yes parting with first round picks is a significant cost to pay, but we're not talking about some 35 year old. Lauri is 22 and if you ended up trading him in a package for a star, Lauri (on a team friendly long term deal) is more valuable to most teams that a protected first rounder or two.

If the Celtics were trading for Lauri knowing he'd play here for a season and then walk for nothing, that trading a pick or picks would be cost prohibitive. But if he's coming with a 4 year $60 million total deal the he's worth it.