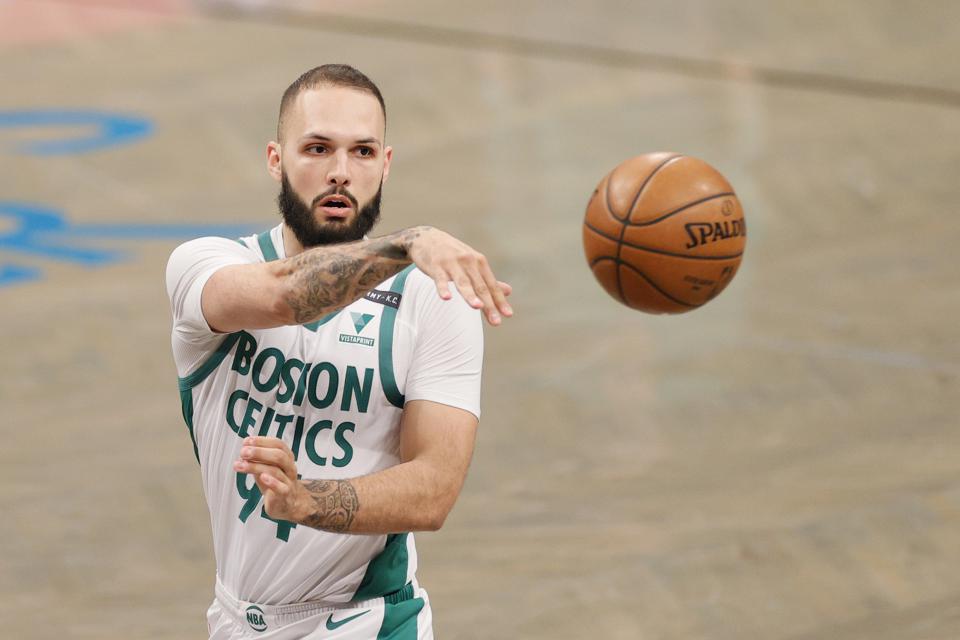 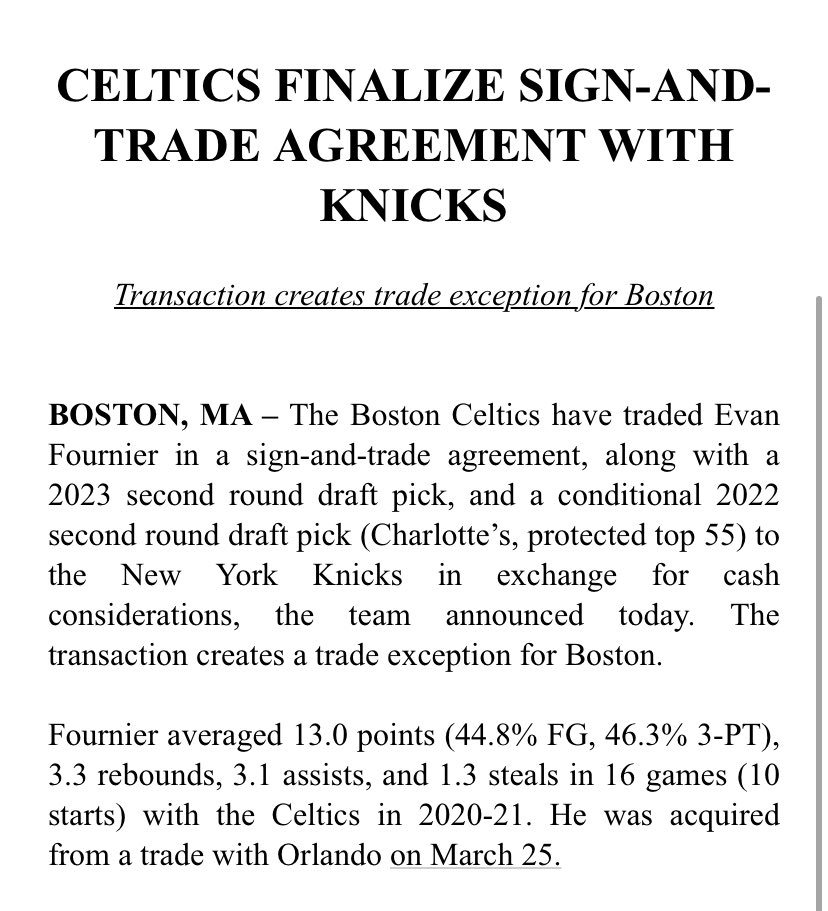 According to a league source, the Celtics created a $17.1 million trade exception in the Fournier sign-and-trade.

The Gordon Hayward TPE lives on! Well not exactly, but in a way Boston continues to keep at least the potential alive that they will add an All-Star or core piece to replace Hayward. The Celtics "paid" the Hornets two 2nd rounders to get the massive TPE last offseason. They then traded two more 2nd rounders for Evan Fournier at the trade deadline.

Boston used the rest of the TPE on acquiring Josh Richardson, but appeared to let Fournier walk for nothing. But just like with the Hayward situation, Boston enticed the player's new team to turn the cap space signing into a sign-and-trade instead. Boston snags a $17.1 million TPE and the Knicks get Boston's 2023 2nd rounder.

Again just like we said last offseason, a TPE on its own won't get you a star or core player. You have to add assets like draft picks (1st rounders) with the TPE to get someone like that. You can though use the TPE to trade for a bad contract or an expiring deal. Josh Richardson would be an example of the latter. A player who isn't really overpaid, but their team would rather use the cap space on someone else.

Chicken or the Egg?

This Celtics ownership group have been pretty averse to paying the luxury tax. They did back in the KG era, but also had their limits. James Posey for example. But if all of a sudden the luxury tax isn't as big of an issue, you can dream big about a TPE and a 1st rounder for Lauri Markkanen trade.

Or if you want to dream even bigger Boston could trade this TPE for an expiring contract that makes $15 to $17 million and then come the trade deadline, flip that expiring contract, Josh Richardson's, a couple good young players and first round picks for Bradley Beal.