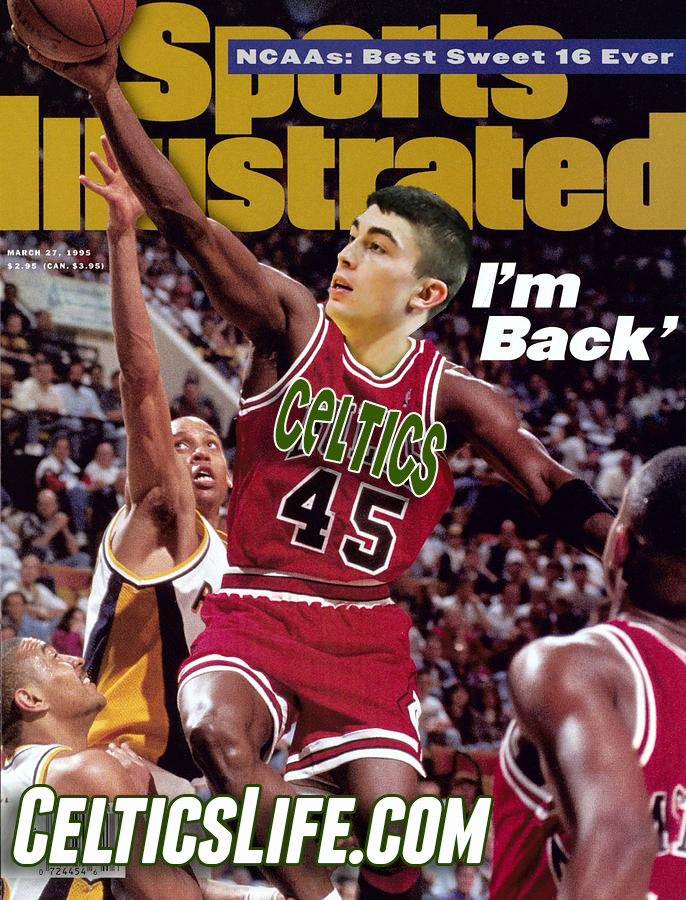 Payton Pritchard tore up the NBA Summer League for 3 games and then left for an excused prior commitment. We were told he was done for thr Summer League. Turns out it was a Pro-Am tourney in Portland and Pritchard dropped 92 points in Game 1.

Payton Pritchard scored 92 points today in a Pro-Am tournament game:https://t.co/NdrpObF3Aw
By now you've heard of Isaiah Thomas' 81 pt Pro-Am performance. Today Pritchard was like, "hold my beer." The Celtics guard finished w/ a whopping 92 pts in his Pro-Am game in Portland, OR pic.twitter.com/7bgMiHf4ei

Yesterday evening I joked that Pritchard wanted to know when the championship game was to see if he could make it in time.

Asking for Payton Pritchard. He has a previous commitment to drop 100 in a Pro-Am game tonight & wanted to see if he could be back in Vegas in time!

Then a little past midnight, Pritchard announced that he was back in Vegas for the Summer League championship.

@paytonpritch3 returning to the @celtics ☘️ for the summer league finals be like... #ImBack #PaytonBuckets @celticslife Would be cool if he switched to jersey 45 too. 😄 pic.twitter.com/gY3umAI34s

I know it's silly to compare Jordan's return to Pritchard's. MJ's return was of course only for a regular season game, while Pritchard's is for a championship.
***
About Afternoon Delight: From time to time, Celticslife.com posts an original (most of the time), humorous creation for your delight. View past Afternoon Delight postings.
***