With the 45th pick in the draft the Boston Celtics select Juhann Begarin. Fans seemed to want Cooper or Boston, but Brad Stevens went with the French draft-and-stash for his first draft selection ever. Just used Google Translate and little known fact, but Juhann Begarin is French for Nikola Jokic, so don't worry guys. Now give me a second to go find some youtube vids of this mysterious Frenchman for your midnight viewing pleasure.

One of the more intriguing elements of Begarin's game - which, again, I only know because I watched film after @chrisgrenham absolutely called it - is his shot creation. His shot needs some work, but he can get it off with size/footwork/quickness. pic.twitter.com/K3wpltk8fj

📽 Get to know Juhann Begarin with this collection of highlight videos and scouting reports: https://t.co/Oav51YwnPD

Brad Stevens on Juhann Begarin being a draft-and-stash: "It's a possibility. We are going to continue to evaluate our team during the summer...that's the likely avenue."

Brad Stevens said he had some conversations with teams before the draft, but figured going into tonight that it would be “pretty predictable” for the Celtics.

Brad Stevens says Celtics tried to trade up but they weren't willing to offer very much. 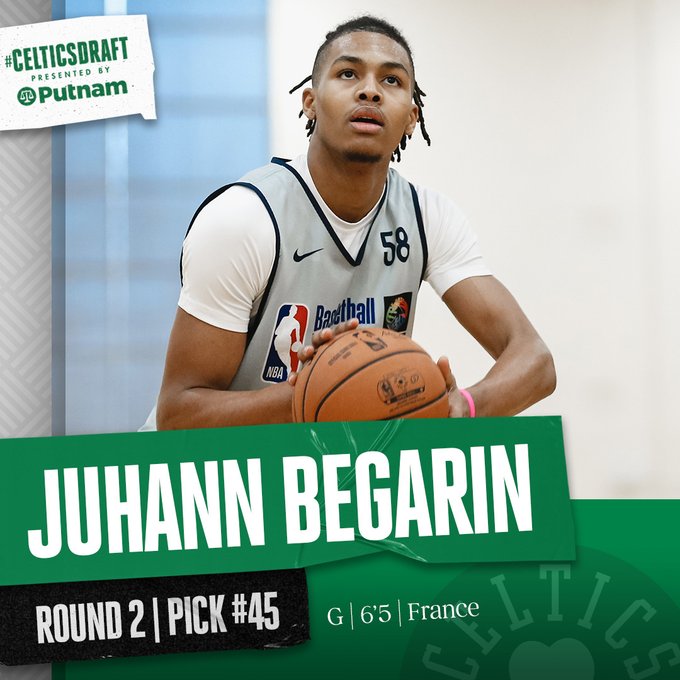