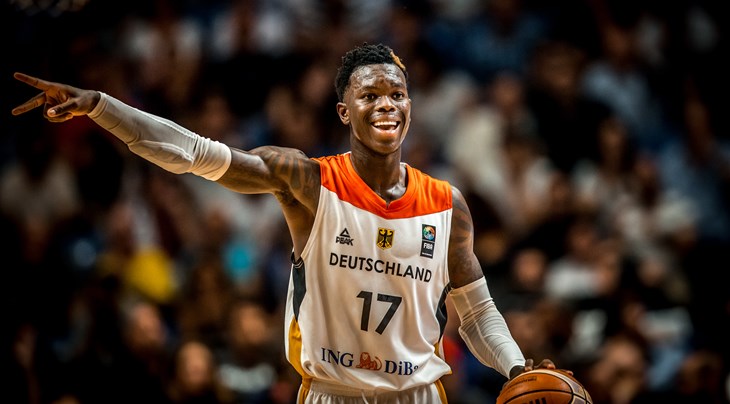 The problems surrounding adequate insurance will probably not only cost Dennis Schröder the qualification tournament, but also a start at the Olympics. The NBA star is hardly an issue at the training camp in Trier. Instead, the national coach emphasizes the enormous team spirit.

An Olympic start of the LA Lakers and German basketball star Dennis Schröder is becoming increasingly unlikely. National coach Henrik Rödl ironed out speculations about a quick return of the 27-year-old player in Trier in one sentence.

"We assume that it won't work," said the 52-year-old ex-basketball player after a media training session in Trier. Schröder, who played for the Los Angeles Lakers last season and is now looking for a new employer in the summer, did not play for the German Basketball Federation (DBB) at the qualifying tournament in Split, because insurance issues were unresolved.

Probably only supporter for Tokyo

Schröder had announced immediately after the first qualification since 2008 that he would like to be in Japan's capital. "I'm always available, but my situation is not that easy. But I hope that we can clarify that by then. My agent has to do his job now," emphasized Schröder in Split, where he supported his teammates as a spectator. He hopes that it will work out with a participation. "If not, I'll be there anyway and will support you again." This is likely to happen now.

When the qualification succeeded with victories over Croatia and Brazil, Rödl declared that the twelve successful players had now also earned their ticket for Tokyo. After the partly public training session on Wednesday, the national coach raved about the advantages of the intact team. The Schröder question was worth no more than a sentence to him.

The German Olympic team around the now resigned superstar Dirk Nowitzki did not get beyond the preliminary round at the 2008 Games in Beijing. That should go better this time, even without leader Schröder. "The team is our trump card. Everyone can do something special," explained Rödl. The basketball players will stay in Trier up to and including Sunday, then they will take a flight to Tokyo. "I have a lot of confidence in the team," said the coach.