Did New Orleans leak a Marcus Smart rumor in order to expedite their trade with Memphis? 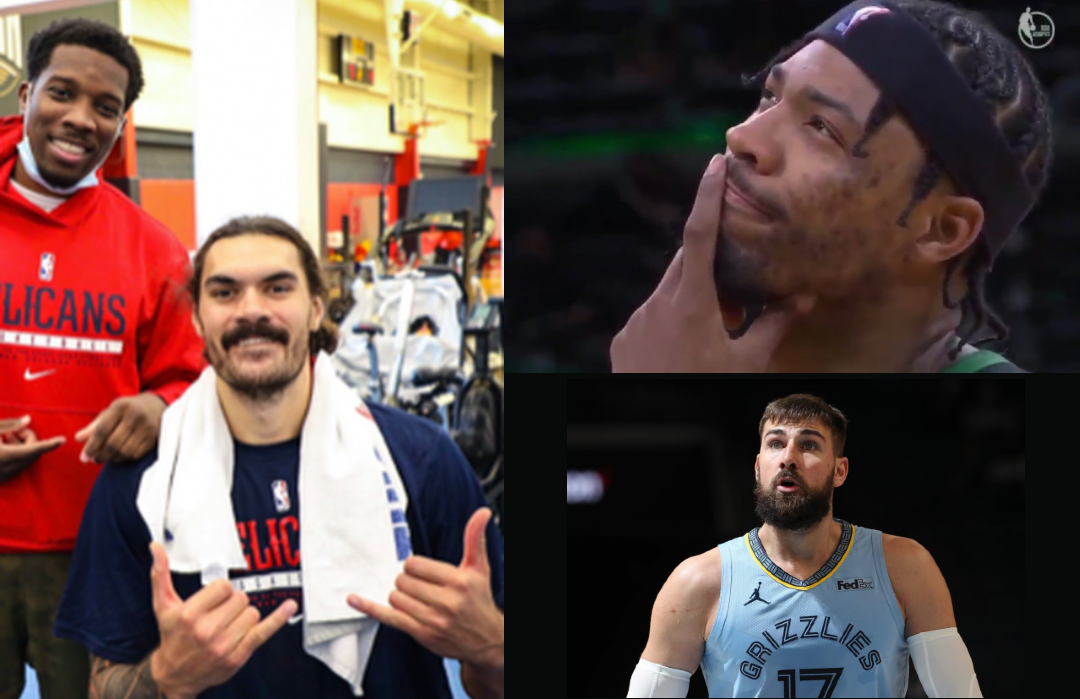 Earlier today the rumor floating around the Twitterverse was that the Memphis Grizzlies were going to move up from #17 in the first round to #10 by taking back Eric Bledsoe's bloated contract from the Pelicans.

Then this popped up:

Pelicans have discussed a deal with Celtics.

Framework of the deal would be No. 10 pick in 2021 NBA Draft & Eric Bledsoe for Marcus Smart & a future pick.

Pelicans are motivated to move Bledsoe for a quality veteran player as well as a future asset to be used in a later deal.

The 10th pick is about what you could expect for Marcus Smart. Ainge tried to trade into the top of the draft last offseason using Smart and found no takers. Now he's a year older, down to the final year on his team friendly contract, and didn't have his best defensive year. But taking on Bledsoe's contract and giving up a future 1st rounder would have been a very poor deal for the Celtics and a very good one for the Pelicans.

Turns out New Orleans still made a very solid deal and maybe that what was behind the whole Marcus Smart rumor. The Pelicans were pushing the Grizzlies to accept a deal.

Pelicans move down 7 spots to dump both Adams and Bledsoe, while adding Jonas V who put up good numbers last yr w/ MEM. Have to look up Jonas’s contract but seems like a questionable trade on MEM’s part. JJJ should play center for them not Adams. Guess they really wanted #10 https://t.co/G9TfMenPMN

In this new version of their trade, New Orleans also managed to dump Steven Adams and his bad contract, while getting back Jonas Valanciunas and his much more reasonable expiring deal. The Pelicans wanted to dump both Adams and Bledsoe, while they were also in the market for a center. They accomplished all three goals today.

The Grizzlies also get the Lakers protected first in 2022 (so not a good pick) in return for also taking on Adams' contract and giving up Jonas V. The Grizzlies apparently aren't satisfied with just moving up to #10. They reportedly want to move up higher. They also don't plan on keeping Bledsoe.

Eric Bledsoe, who New Orleans included in a trade package, is not expected to stay in Memphis, league sources tell @YahooSports.

Don't look at us Memphis! Unless you plan to trade Boston Jaren Jackson Jr, and taking back Bledsoe is part of the deal, I want no part of him. Would rather just let Pritchard and Madar play the point. Regarding the Smart rumor, was there any fire to it? Right now we don't know. Can't see Boston leaking that rumor since it sets Smart's value very low. Again the 10th pick was fine. You're not going to get higher straight up. But the take on $22 million of a bad contract and kick in a future first rounder is where the trade becomes a stinker.

Expect to hear some more Smart trade rumors in the next few days as Thursday's draft approaches and for the rest of the offseason. So far we have heard no rumors of any new contract talks between Boston and Smart. Looking not so much as will the Celtics trade Smart, but a when will they situation. Let's just hope when the trade is announced that it's not a poor one like the Pelicans rumor that got floated today.

Don’t be surprised if Eric Bledsoe ends up with the Sixers if/when he’s bought out by the Grizzlies.

I’m told Philly would be among the teams to watch. pic.twitter.com/iAddYKTRnA

Now if Bledsoe gets bought out, then he all of a sudden becomes sought after. A similar situation happened to Nicolas Batum last offseason. He's still not a very good player anymore, but at least you're not on the books for $22 million though. If the Grizzlies buy him out for anything close to that $22 million numbner well then that would make their trade today even worse (as well as the Smart rumored trade).