Kemba Walker might officially be done with the Boston Celtics.


Sources: Both the Boston Celtics and Kemba Walker want a breakup. The team tried trading him once in 2020, and it put a strain on the relationship since then.https://t.co/yiyJIexaoz


Flash back to the 2020 NBA Trade Deadline. The Celtics are trying to move Kemba Walker, specifically for Pelican's guard Jrue Holiday. As we all know, this trade didn't happen, and Jrue was later sent to the Milwaukee Bucks. There couldn't have been a worse result for the Celtics, as both teams were Eastern Conference contenders, and this trade pushed Milwaukee to another level by bringing in another established star alongside Giannis and Khris Middleton.

Kemba Walker is a very loyal guy. He spent the first 8 years of his career with the same team, and only left because Charlotte wasn't going to pay him the money that: 1) He deserved, 2) Other teams were giving him. That's why Kemba left Charlotte for the Celtics. 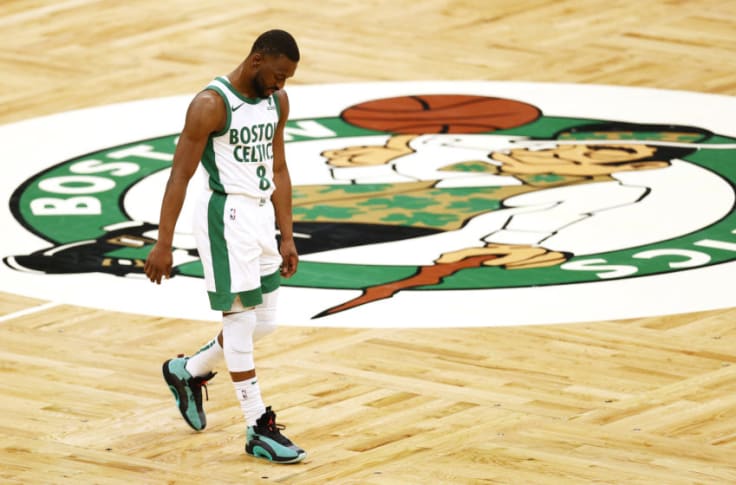 Being thrown into trade rumors in his first season with Boston apparently didn't rub off too well on Kemba. He didn't like the fact that he was looked at as tradeable in his first season with the team. Kemba's feelings weren't made public, because if they were, more Celtics' fans would have been vocal about trading him. This offseason, it's happening again. Kemba Walker is being thrown into trade rumors for the second year in a row. This time, it's his contract and availability being the main reason the Celtics are looking to move him.

Apparently, he made his voice known, and he and the Celtics have agreed that a mutual parting of ways is the best option for both sides. Now, the media are known to take a rumor and run with it. That's just how it is. But someone close to Kemba had this to say on it.


damnnnn who in the camp nomore than me?? 🤦🏾‍♂️🤣. these ppl really be bogus as hell


Now, I'm not sure the direction relation to Kemba, my guess would be a sibling. But, with Kemba Walker following them back on Twitter, you have to think it's someone Kemba knows personally.

So there you have it, both sides of a story yet to unfold. Will Kemba stay in Boston? Will Brad trade him? Will it be solely for salary purposes, or will be it more than that? I don't think that anyone knows for sure. No one knows when Kemba will be moved, if he's moved at all. Technically, a trade could be moved for Kemba anytime, teams eliminated from the playoffs can make trades as soon as they are eliminated. Will Brad wait until the draft?

I have a feeling that most of the Kemba Walker trade talk will be kept under wraps until just days before a potential trade. I wouldn't be surprised if we are completely blindsided by a move, or if there wasn't a move at all. This is a rumor that hasn't been confirmed as true. All we can do is wait and see what happens.