Stevens completed interviews with the Celtics assistant coaches in recent days and now has started reaching out to talk to outside candidates, sources said. The initial pool of candidates is expected to be expansive. https://t.co/tu9tuszqLS


Tom Westerholm also joined the action with this tweet.

Per @wojespn, Brad Stevens interviewed Joe Mazzulla in addition to Jerome Allen, Jay Larranaga and Scott Morrison from his own staff.

Mazzulla was the coach responsible for the famous ping-pong paddle workouts with Romeo Langford.


So, brief recap: After completing 4 interviews with internal candidates, Stevens is now gaining permission to speak to assistant coaches from other teams. These candidates include (but are not limited to):

I'm sure I can't be the only one who hasn't heard of the majority of these assistants. Obviously, almost all NBA fans would know who Chauncey Billups is, but other than that, this is the first time fans are hearing these names. I feel like we need to try and spotlight the lesser known 4 of these 5 candidates, since they're candidates for the most sought after, open job in the NBA right now. I mean, come on?? Who wouldn't want to coach one of the most storied franchises in league history, who have the chance to coach (arguably) the best young core in the NBA today? So let's answer the question: Who are these guys? And why are they candidates for the Celtics' HC job? 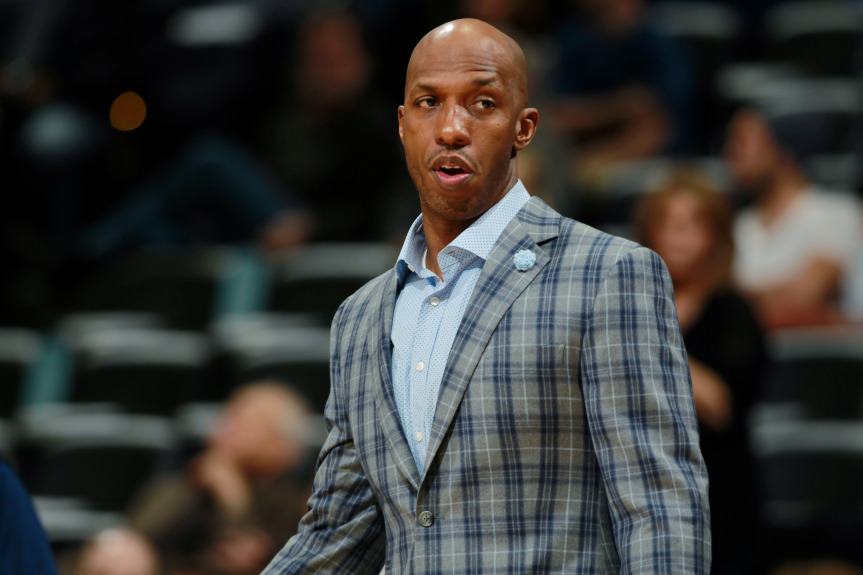 Chauncey Billups
For the few of you that don't know, he's was an NBA Champion with the Detroit Pistons in 2004, Finals MVP, 5x NBA All-Star multiple All-NBA/Defensive teams, and more. You could say this guy knows his way around the league. He is currently serving as an assistant coach for the LA CLippers, and has been doing so since 2020.

Darvin Ham
Ham was also a member of the 2004 Champion Detroit Pistons team. Undrafted in 1996, he jumped between NBA teams 1996-2005, with a couple stops in the G-League and elsewhere until 2008. In 2008, he joined the staff of the Albuquerque Thunderburds (now Canton Charge, Cleveland Cavs G-League affiliate), and has assistant coach roles with the Lakers, Hawks, and Bucks from 2011 to now.

Charles Lee
Lee had a rather short career, spanning from 2006-2010, never making it to the NBA. He was a member of the SA Spurs summer league/preseason roster, but never made the cut. He has been an assistant coach at Bucknell, the Atlanta Hawks and Milwaukee Bucks, where he continues to serve on Mike Budenholzer's staff..

Jamahl Mosely
Jamahl had a rather shot playing career also, lasting only from 2001-2005. He spent time in Australia's National Basketball League (NBL, also where Lamelo Ball and RJ Hampton spent time before being drafted). He also played in Finland and South Korea. In 2005, Mosely was hired as a player development coach with the Denver Nuggets, was promoted to assistant coach in 2007, and from then on coached as an assitant for the Cavs and the Mavericks, where he is an assistant coach now.

Ime Udoka
Out of these 4 candidates that are not named Chauncey Billups, Udoka no doubt had the best NBA career. He played for 7 seasons, his best as a full-time starter for the Portland Trailblazers in 2006-07. He started all 75 games he played, and averaged 8.4 points per game. After his playing career ended in 2011, he moved on to assistant coaching, and rejoined the SA Spurs as an assistant in 2012. In 2019, after 7 seasons with the Spurs, he joined the 76ers for a season, and was hired by the Brooklyn Nets in 2020.

These are the 5 "official" external candidates that will/have interview(ed) for the Head Coach position of the Boston Celtics. This brings the total of confirmed interviews to 9. Now, there are some other names not mentioned here that have been linked to potential interviews. These names include:

The list could go on for a while, many names could be thrown around for the new HC spot. But, with Brad leading the search, I'm confident that we can find a coach that will help bring us back to the level that we have been the last few seasons.

Only time will tell...