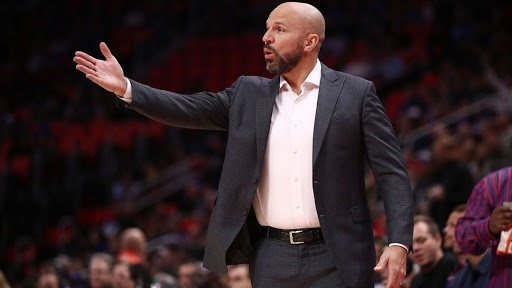 Kidd was ultimately uncomfortable with the idea of pursuing the opening after Blazers star Damian Lillard publicly called for his hiring within hours of Stotts' departure on Friday night. The public nature of Lillard's endorsement -- telling Yahoo Sports that "Jason Kidd is the guy I want" -- left Kidd feeling he would put both Lillard and Portland's process in an awkward circumstance should he pursue the opening.

Kidd withdrawing from consideration from a solid coaching opportunity should raise some eyebrows. Is he in talks to become the head coach somewhere else? It's just not something you typically see. It's not like Kidd is some coaching royalty that can get any job he wants.

We should note, he was one of the first coaches linked to the newly opened Boston Celtics head coaching vacancy. So if you you were going to go with the theory that he might have another job potentially lined up, you'd probably be guessing that job was in Boston.

Personally I'm not that sure why Kidd is suddenly in demand. He hasn't done a great job coaching in his previous spots and back when he was a player he had some pretty serious domestic assault charges. I'd think the Celtics could do better and should aim higher.